I thought that modern medicine was supposed to be based on science not superstition.  Sometimes I doubt that, when nurses observe a symptom and jump to a diagnosis without checking the facts. 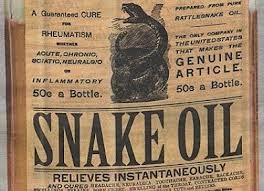 Pharmaceutical companies fund a lot of research on drugs, either directly or indirectly.  I've written before about their wish to conceal results, use Orwellian methods to cosmetically enhance descriptions thereby minimising the readers' awareness of side effects.

Now 2 American drug companies (AbbVie and InterMune) are trying to ban disclosure of any of their research findings for some widely used drugs, for 'commercial reasons.'  Professor Healy has tackled their non scientific approach to side effects before in this AbbVie post.

Here is a letter from David Healy, Professor of Psychiatry in Bangor, Wales presenting a petition to prevent this action.  If you want medicines that are safe, then please sign the petition:

Sorry for the Mass Posting here but we have just posted a Swedish translation of the RxISK petition calling for Access to Clinical Trial Data.
Some of you will have signed this but even if you have read on because we have a mission for you.
Two years ago, the European Ombudsman ruled that the European Medicines Agency should open up access to Clinical Trial Data for anyone who applied from anywhere in the world.
Six months ago two US pharmaceutical companies AbbVie and InterMune took a legal action against EMA that has closed down access to all trial data for all drugs for all doctors and researchers anywhere in the world… 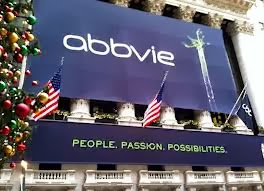 Some of you may not have heard of AbbVie. Until recently they were Abbott Laboratories, one of the biggest pharmaceutical companies in the world.
They make Humira, a monoclonal antibody used for Rheumatoid Arthritis, Crohn’s Disease, Psoriasis and other conditions. It is the best selling drug in the world today, and projected to be the best selling drug of all time.
This is one of the most important legal actions in Healthcare ever. At a recent meeting in Bruxelles AbbVie made it clear that a main reason to keep clinical trial data confidential was to hide adverse event data, although there may be other issues like a Trade War with China.
You can read about this and see the whole video here
Essentially AbbVie are asking the Courts to grant their Corporation the privacy rights of an individual – a very powerful wealthy individual.
But the key help is this. If this legal action succeeds Adverse Event data will be hidden for ever.
So we’d love you and anyone you know to sign a petition calling on AbbVie to drop their legal action against the EMA’s policy of open access to clinical trial data. The petition is here or in Swedish as above
This petition is as much for anyone who may be prescribed drugs as for those prescribing them – so we are hoping to spread word about it generally.
In addition to signing, we are trying to get every country in the world to sign.
We have 72 of the 187 countries in the world signed up but would love to have all.  If any of you have contacts in any Eastern European, African or South East Asian countries that you could get to sign this it would be really excellent
Thanks, David
David Healy
Professor of Psychiatry, Hergest Unit,
Bangor, Wales LL57 2PW, UK
E david.healy54@googlemail.com
B davidhealy.org