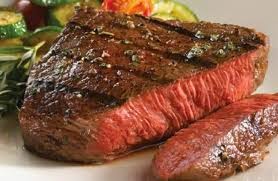 They said that during the study period, adding an extra portion of unprocessed red meat to someone's daily diet would increase the risk of death by 13%, of fatal cardiovascular disease by 18% and of cancer mortality by 10%. The figures for processed meat were higher, 20% for overall mortality, 21% for death from heart problems and 16% for cancer mortality.
The study, published in Archives of Internal Medicine, said: "We found that a higher intake of red meat was associated with a significantly elevated risk of total, cardiovascular disease, and cancer mortality.'
The study is refuted here and here and here. 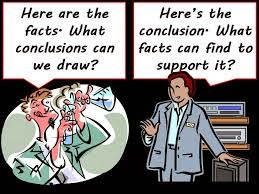 The focus of this post is not on any particular health problem.  I'm looking at mathematics and how medical science journalists and doctors tend not to understand the difference between relative and absolute risk.  Researchers and their publicists may grasp the distinction but blur it with alarming numbers so that their work sounds more significant.  This in turn can lead members of the public to accept prescriptions and treatment that won't improve their health or increase their lifespan.
The above article includes a number of percentages used to express risk of death by heart disease and cancer. 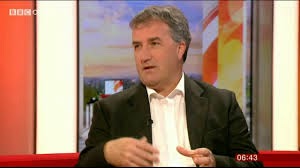 Dr Malcolm Kendrick was recently interviewed on a health blog to discuss his latest book, 'Doctoring Data':
'Say you do a study of blood pressure lowering medication with groups of 100 people.  You give one group the medication and the other group a placebo.  At the end of the year 2 people have died in the placebo group and 1 person has died in the treatment group.  The relative risk reduction is 50%.  The absolute risk reduction is 1 in 100 or 1%.  You can keep increasing the group size and the relative risk stays the same (2 versus 1 or 50% difference in the end), but the abolute risk drops:  eg in a group of 1000 the absolute risk reduction is 0.1%.  10,000 people = 50% relative risk and 0.01% absolute risk.'
How ever good the research, the news headline becomes:  "50% fewer people died on blood pressure medication."
'Saying that there is a 50% risk reduction is meaningless and pointless.  What matters is did you have a 1 in 10,000 risk to start with, a 1 in a million risk to start with or 1 in 2 risk.  If your risk is 1 in 2, then a 50% reduction is pretty damn good.  If your risk is 1 in a million, then a 50% reduction is so unimportant that it doesn't matter'.
'Medical researchers come out with relative risk reduction when talking about the benefits of a drug.  "This drug will reduce your risk of heart disease by 30%."  Well 30% of what?   Is it 30% of a really big number or a really small number?  So unless you know the underlying risk was, the relative risk is meaningless.  You can't work out what that means to you.' 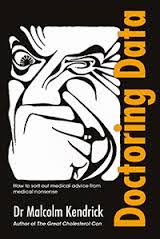 This is especially important in dealing with drugs with significant side effects, such as statins.  Understanding the numbers can help you weigh up the risks and benefits of a course of treatment and help you decide what's best for you.

Dr Kendrick states that he wasn't brilliant at maths, but his father taught him a healthy level of scepticism towards the printed page.  He has found that his medical colleagues seem ignorant of the distinction between relative and absolute risk, asking him to explain the concept to them.
If you want to be healthy and enjoy life for as long as possible, read the book and watch the video.  Learn enough maths to distinguish between risks and benefits of various treatments for you, rather than blindly accepting the advice of your doctor.  It's your life.

I've just listened to a radio play about the astronomer Patrick Moore.  He hosted a tv show on astronomy on UK television from 1957 that inspired generations to look to the skies and take up astronomy.  The play revealed the amount of backstabbing in the scientific community, which dismissed him as an enthusiastic amateur.  Yes he was largely self taught and had an exceptional ability to communicate complex ideas to a general audience.

I was reminded of this when reading about Nina Teicholz and her book 'The Big Fat Surprise'.  Already I can imagine the medical community, Big Pharma lobbyists and associated people dismissing her efforts.  Nina is a journalist and food writer, married mother of two living in New York City.

Dr Mike Eades has written an extensive review of the book.

She describes her journey in discovering the information that was included in the book and her discovery of personal health and weight loss through eating animal fats.

Here's the deal:  if you believe the cholesterol myth and associated edicts issued by government health departments, then you won't believe Nina or any writers that came before her (including Gary Taubes).  If you're interested in boosting your own health and DO NOT have familial hypercholesterolemia, it's worth listening to her.

Do your own research.
Posted by Suzanne Looms at 16:20 0 comments