Billy Connolly is a Scottish comedian, often called the Big Yin.  He's just been diagnosed with Parkinson's Disease and says he'll continue working for as long as possible. 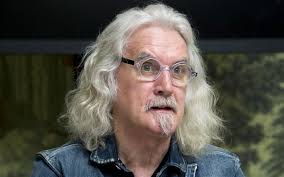 This is no joke.  I wrote about the impact of carbohydrates (particularly grains) on human health (heart disease and cancer).  Sadly, one of the subjects of my post, Steve Jobs, has since died.

When are we going to learn about carbohydrates, prolonged blood sugar spikes and the damage done by glycation?  How many doctors need to lecture on this before our governments wake up to the dangers? 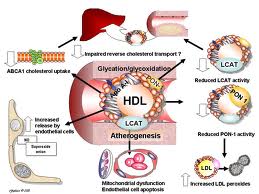 We hear about drug and gene therapy, as well as genetic predisposition towards dementia and Parkinson's Disease.  No government expert tells us the truth about diet.

Dr William Davis has written about it.  Dr Larry McCleary has focussed on it.  Dr Nanette Yount researches this area.  Others spread the same message, but I haven't noticed much change in our health service provision.

Now Dr David Perlmutter has written a book for a general audience on this subject. 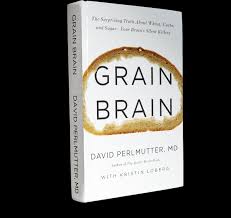 His interview with Jimmy Moore highlights the power of saturated fat in feeding the body and improving brain health and function.  He also talks about the benefit of intermittent fasting to help the body shift into ketosis and make major improvements.

I am pessimistic about Billy Connolly and the likelihood of him adopting a ketogenic diet.  So many 'experts' warn against Ketoacidosis (not the same thing and rare), as well as 'artery clogging' effects of saturated fat (which is not supported by scientific research.)  The fact is that dietary changes don't make a profit for commercial companies.  These major sponsors and 'consultants' to Western governments make sure that drug interventions and surgery take precedence.  All the health service personnel I know will continue to smile at me and use patronising ways of dismissing this work.

My only hope is that ordinary people begin to hear a different message and experiment with changes to their diet.  For me the impact of butter and coconut oil is marked and I enjoy much greater mental clarity when eating them.

Here's one woman who did: