The only way is ethics: Co-op Bank and MPs

I find it difficult to respect Members of her Majesty's Parliament.  We've witnessed lying, cheating on expenses claims, accepting money and favours from lobbyists in exchange for influence and many more.

Occasionally I witness serious, principled work by a few MPs on behalf of ordinary people. 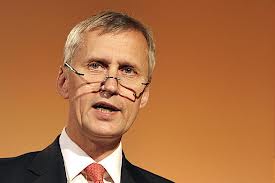 Jesse Norman and other MPs raise questions about the Co-op Bank and bondholders.  These run for about 17 minutes 1 hour and 11 minutes into the video. 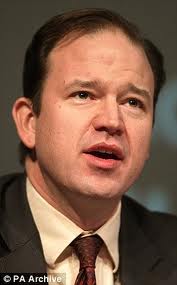 In other hearings, Norman asks key questions about ethics and the approach of the Co-op Group towards Co-op Bank.  I reproduce some of the exchanges here:

'Q119 Jesse Norman:
Mr Tucker, why has the Co-operative Group not been asked to make good the losses as the equity shareholder in the Co-operative Bank?
Paul Tucker: I think that is more a question for Andrew as the micro-supervisor.
Andrew Bailey: We have identified the capital shortfall and we have put it to the Co-op that they have to solve this problem, because there is no evidence to suggest that they do not have the resources at their disposal, and I would define that broadly, to do so. They have come up with the approach. The Co-op Group is putting resources into this.
Q121 Jesse Norman: The effect of it is that bondholders will, many of them, be wiped out.
Andrew Bailey: It is a conversion, actually, into equity. Again, you need to ask them this question, really, but it is a combination of resources from the Co-op Group and bondholder conversion, which creates core Tier 1. The key point for us is that they are short on core Tier 1. They have other tranches of capital, instruments, which sit below that, so they have lower Tier 1 capital and they have subordinated debt......
Q123 Jesse Norman: Do you think it is unethical for an institution to walk away from its ownership position?
Andrew Bailey: They are not walking away from it; they are diluting their ownership position quite substantially.
Q124 Chair: But I do not think the bondholders take a bigger hit and it is consonant with the credit hierarchy point that Paul Tucker—
Paul Tucker: But the traditional view of the bank is that owning a bank is a serious thing to do, and as an owner of a bank you should expect to stand behind the bank. Where that is not possible, then resolution beckons as the solution. If you can mimic that through an exchange offer, then that is a better solution still.
Q125 Chair: But do the bondholders not have a right to be a bit aggrieved, bearing in mind that the owners have not taken the first hit that they might otherwise reasonably have expected to do?
Andrew Bailey: I think this is a discussion you must have with the management of the Co-op.
Q126 Chair: Yes, but I am asking your view.
Andrew Bailey: What they have done is, frankly, something that you do see in the non-financial corporate world, which is they have proposed a restructuring. It involves the owner putting in money and the bondholders being converted, and I really do think you have to talk to them about the structure of it.
Q127 Jesse Norman: But one might expect the Co-op, of all institutions, not to obey the Wall Street rule and just walk away from an investment. You would expect them to bear the full responsibility of their ownership.
Andrew Bailey: They obviously have choices to make, and I do think you have to discuss those choices with the management of the Co-op.'
It seems that the Co-op Group believe they run the Bank from behind the scenes, but do not have responsibility for stumping up the money necessary when their decisions and actions go wrong.