Borgen is the latest tv drama to hit our screens. This is the story of a Danish woman Prime Minister, who juggles career and family, attempting to hold to her values, without alienating coalition partners, funders and the electorate. 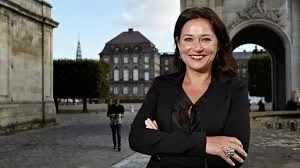 The series deals with women's rights, minority issues, relations with a Danish colony as well as African countries in conflict. Key roles are spin doctors and tabloid editors, moulding public perception of policies and individuals in the Danish Parliament. Questions are raised about expenses fiddles, politicians jumping the queue for health treatments as well as corporations buying political influence with party donations. There is a thread dealing with single parenthood and mental health issues of the Prime minister's daughter.  One prominent character is a feisty older woman television news journalist, who has trouble keeping her job. 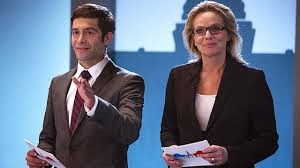 Of course we have none of these issues in Britain. 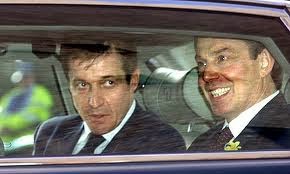 Danes have been producing strong tv series since 2007 and Forbrydelsen (The Killing). This was followed by Broen (The Bridge), a Danish-Swedish co-production and Den som dræber (Those Who Kill), the weakest of the quartert, which was dropped after one series.

Forbrydelsen and Borgen had great cinematography showing Copenhagen in a way that must have the Danish Tourist Board rubbing their hands in delight. Dialogue and characterisation were strong. Music for Forbrydelsen was particlarly effective.

Denmark is a small country and actors have been recycled repeatedly in these tv series to good effect. Interviews by the British press have questioned the main actors on the success of their work on British tv. They have all expressed surprise at the size of the audience, particularly for Borgen. Note that Forbrydelsen was remade for US television transplanting the plot to the States thereby avoiding the use of subtitles. 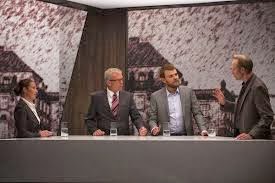 Danes have 'Tall Poppy Syndrome' and don't stick their heads above the parapet to avoid the risk of decapitation. In the early 1970s and English phd student described this as part of the Danish inferiority complex. Look closely at both Borgen and Forbrydelsen and you will see how far the Danish language has become infected with English substitutes for perfectly adequate Danish vocabulary.

Danish actors and directors would never correct the appalling pronunciation of their own and their characters' names by BBC presenters and actors currently playing in a radio spin off series.

Here is an illustration of the Danish mindset transplanted to a British setting. Imagine, if you will, that the interviewer has just asked a British actress to explain why a play has been so successful on Danish tv:

Dame Maggie Mirren-Dench: I have no idea. We are such a tiny country and London is such a provincial city. Our writer, William Shakespeare, wrote this play, King Lear, and we thought that Danes wouldn't be able to relate to it. Yes Hamlet would probably work OK in Copenhagen, but we'd never have believed that King Lear would make it in a million years. We were all shocked and still are amazed that we have such a big fanclub in Denmark. Shakespeare is such a British writer. We are not worthy etc etc.

This is Borgen pjat or nonsense.

I reported in a recent post that the Co-op Bank has renewed its pledge to customers to retain its ethical stance.

I admire the Co-op for its boycott of goods from Jewish only settlements in Palestine.  Now the Board of Deputies and Jewish Leadership Council have requested a meeting with the Co-op's new leaders to persuade them to drop the policy. 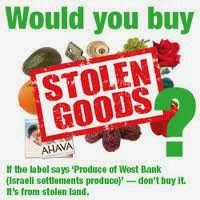 Zionist pressure groups have had some success in Paliament, persuading all sides to adjust their policies to a more Israeli friendly view.

The propaganda portrays Palestinians as heavily armed terrorists, and Israelis as poor, weak, defenceless people.  Where is the coverage of Academy Award nominated '5 Broken Cameras', which shows peaceful resistance by farmers coping with increasing incursions into their farmland?

I hope the Co-op Group stands firm and resists pressure from Zionist groups to bury the truth about human rights abuses in Palestine.

I've said it before and will say it again:  'The only way is ethics'.