Co-op Bank - who shot the sheriff?

The Treasury Select Committee has been taking evidence from people involved in the rapid decline of the Co-op Bank. 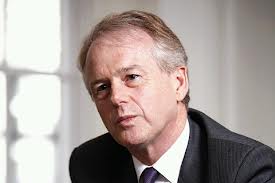 Neville Richardson, former CEO of Britannia Building Society and Co-op Bank after the merger, sought to imply that Britannia was in great financial shape before the merger and losses were down to the Co-op and external pressures.  The Bank of England disagrees.  Richardson claims that he was against the Verde project (buying up Lloyds TSB branches) and was forced to resign as a result.  No one has mounted a well argued challenge to Richardson's claims.  In particular, his figures show that losses on the computer side dwarf the losses on the Britannia property portfolio.

In summary ex-Co-op view:  'It was the Co-op Group what done it.'

Niall Booker, CEO of Co-op Bank, appointed on 10 June 2013, wrote a letter to the Treasury Select Committee.  Euan Sutherland, Co-op Group CEO, was appointed to the board of the bank as non-executive director on 9 August 2013. 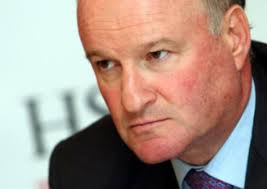 It appears from the letter that Euan Sutherland approached the PRA to discuss the need for additional capital in early May.  He wasn't on the board of the bank and there is no mention of Barry Tootell or Rod Bulmer, former CEO and replacement CEO of the Co-op Bank at the time.  These discussion took place before the AGM.  It is unclear in what capacity Sutherland was acting.  The Co-op Group have repeatedly said they won't bail out the bank and have an arms length relationship.  Booker's letter implies something different.

A discussion resulted in the decision that no less than £1.5bn in capital resources would be necessary.  A remedial plan was approved by the Bank board by close of business on 14 June 2013 to address the issue.  This is the same day that a formal letter from the Prudential Regulation Authority was received requiring Co-op bank to plug a £1.5bn gap and come up with a plan.  This means the Co-op Bank Board must have met before 14 June 2013 and been made aware of the situation, in order to devise a plan ready for approval on 14 June.

This implies that the Group CEO was speaking on behalf of Co-op Bank in his discussion with the PRA.  Relevant facts were hidden and not raised at an AGM.  Significant Co-op Group funds were authorised to be distributed as a reult of the AGM (and presumably would not have been agreed had the full facts been known.)  There's something fishy about the timing and exactness of the sum needed to fill the funding gap and rescue plan, implying collusion between the Co-op Group Board and the Prudential Regulation Authority (or at least an overly cosy relationship).  The Co-op Group belatedly appoints Sutherland as a non executive director of the Co-op Bank, when it becomes clear that Booker's letter will reveal his shadowy role with the bank.

Booker states that 'No formal correspondence had been received before the letter of 14 June 2013 setting out capital requirements using Basel III definitions.  However as noted above it is not possible to say whether informal discussions had been had with previous management.'

Andrew Bailey, then a senior regulator with the Financial Services Agency, raised concerns about the Co-op Bank from mid 2011.  Unfortunately for Niall Booker, Neville Richardson states that Bailey spoke to the Co-op group twice about financial problems before Len Wardle, Co-op Group chair made a speech about the strength of the Bank's position.

In summary - Co-op view:  'We was poor, but we was honest and did our best with tough outside pressures.'

In summary - senior regulator, investors and legal observers:  'It was the Co-op Group what done it.'