I'm a regular listener to Jimmy Moore's low carb podcasts.  He interviews a range of health and nutrition speakers and provides in depth information on the latest research.

She is concerned that newcomers to the low carb/paleo field of nutrition may learn about the principles of good nutrition from certain sites that don't give a balanced view and distort what archaeologists have found out about paleo food intake.

Newcomers might conclude that a paleo diet is low in fat and carb but high in lean meat.  She cites Loren Cordain's first book,  in particular his position on grains, saturated fats, bone broth and organ meats.  The emphasis seems to be more on protein (mostly lean), which doesn't contain all the necessary nutrients, particularly Vitamin A.  Sally Fallon believes that Vitamin A deficiency can lead to severe problems.  Our paleolithic ancestors ate some grains and valued the fatty parts of animals most highly.   'Ancestral' or 'Traditional Diet' helps shift associations away from the low fat, low carb, high lean meat diet towards a more accurate representation of history. 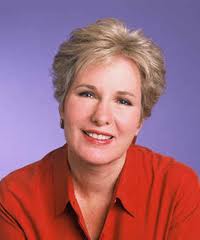 Jimmy Moore later interviewed Loren Cordain, but seemed to turn it into an 'our diet is better than yours' battle.  This was not my understanding of Sally Fallon's position. 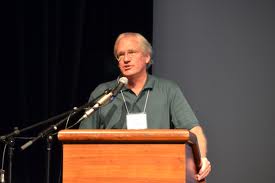 Unfortunately Loren Cordain didn't respond to the challenge about his website.  He suggested that Sally Fallon had not spoken to him personally and therefore did not understand his views.  He also dismissed her stance by stating that she is someone with no credentials, but high traction in the marketplace.  He was scathing about her lack of original research.  It's a shame that a pioneer like Cordain can't actually address Sally Fallon's argument and has to resort to personal attacks.  I find it even stranger that he made this point in an interview with Jimmy Moore (no medical/scientific credentials, N=1 research and high traction in the marketplace.)

As far as I can see from the Weston A Price Foundation website, they sell modestly priced pamphlets to help with shopping and preparing food.  Sally Fallon and colleagues have written books, including Wise Traditions Cookbook, but these are not high on the list.  WPF is a membership organisation working towards disseminating the teachings of the founder.

These are the WAPF dietary guidelines:

Cordain does sell books and other merchandise, so there's a commercial aspect to his interviews and website.

What not to Eat:

Cordain has changed some of his guidelines since the first book was published, but still gives a strong impression of lots of lean meat and mostly monounsaturated fats.

How do people approach a new health and nutrition movement?

I believe that when the prevailing health advice warns people to eat a low fat, high carb diet, then many individuals will be cautious about adopting a high fat, low carb lifestyle.  When people come across the term 'Paleo diet', they are most likely to Google and try to find out what it comprises.  They don't tend to go out and buy a book or get on the phone to the founders.  Many individuals have adopted Paleo, intermittent fasting and other approaches just from reading articles and information on the web.  I regularly read blog posts and discussion board exchanges between people who have done just that. 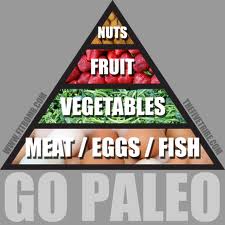 'According to certain proponents of the Paleolithic diet, practitioners should derive about 56–65% of their food energy from animal foods and 36–45% from plant foods. They recommend a diet high in protein (19–35% energy) and relatively low in carbohydrates (22–40% energy), with a fat intake (28–58% energy) similar to or higher than that found in Western diets.'

As Sally Fallon points out, searches are most likely to throw up the most popular couple of writers, who advocate a low carb, high lean meat diet.

Loren Cordain argued that he had corrected mistakes in a later book, so her assertion is no longer valid.

How do people buy books?


If they are unsure of the scientific basis of a diet and worried that it might negatively affect their health, they may avoid paying full price for a book on Paleo.  They are less likely to buy from the author's own website.  Amazon market place will throw up lots of modestly priced copies of earlier editions of books.  This means that low fat, low carb messages will be circulating among buyers of the early books of Cordain, Robb Wolf, Dr Terry Wahls and Dr William Davis.  Hey $2.81 for the above book is a bargain right?

It's irrelevant that Loren Cordain and Robb Wolf assert that everything has been corrected in their latest books and that early editions are out of print.  Sometimes new people to the field want to go back to the original books on the subject.  They'll certainly find them on Amazon and eBay.

The most disappointing part of the discussion for me is the role of Jimmy Moore.  He seems to be characterising this as a brand war of diets.  He also colludes with the notion that Sally Fallon is unqualified to speak, even though Jimmy is not and never has been a practising scientist.   In my view Sally Fallon has a better grasp of the modern consumer and health seeking behaviour than most other speakers on the subject.  Her view of how words can be devalued and spread confusion is well made. 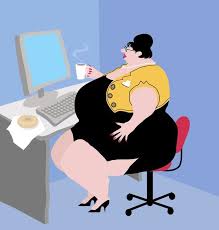 Cordain and Wolf assert that they have answered Sally Fallon's claims.  She persists with the notion of the value of saturated fats, not just monounsaturated fats like olive oil.

Has Paleo cleaned up its act?

One of Jimmy Moore's later interviews was with an enthusiastic supporter of Loren Cordain.  Jimmy Moore favours ketogenic diets and lots of saturated fat, including egg yolks.  Jimmy had no major criticism for Binx Selby, unlike Sally Fallon.  This is the approach of Binx Selby:

'To develop his theories on how a high-fat diet could fight unfavorable cholesterol counts, Selby started by investing two weeks in the library in January to pore over about 3,500 abstracts on the subject. A study from the late 1950s and early 1960s, dubbed the Mediterranean diet for its emphasis on olive oil, informed his thinking most. Ultimately, he designed a diet based on 60 to 70 percent lipids, primarily from olive oil and other plant sources, 20 to 25 percent carbohydrates and 10 to 15 percent proteins.
Then, for two weeks, he played the guinea pig. He drenched everything from kale salads to steamed okra with olive oil and ate only the most low-fat proteins such as fish and egg whites. Every day, he kept his dietary intake within the above percentages and cut out all grains, starchy vegetables and saturated fat — fat originating from an animal sources — to solve his cholesterol problem.' 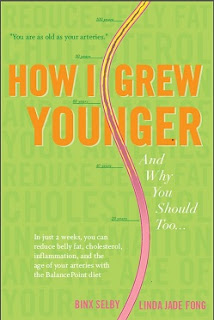 Our Paleolithic ancestors might be turning in their graves at how badly they are now misrepresented.