I've written about various attempts to improve the quality and quantity of sleep.  My last post was about the state of the gut.  I now believe that one of the keys is not just digestion, but elimination.  I've spoken to many people who have difficulty sleeping after eating a heavy meal late in the day.  The guts efforts to digest seem to prevent people from falling asleep.  I seem to be sensitive to slow elimination, even when my last meal was 7 or 8 hours before bedtime.  In my case this makes a much bigger difference than how late I sit at my computer in a blue light environment. 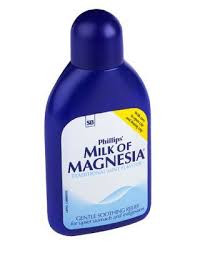 Dr William Davis gave a helpful tip.  He suggested taking a small bottle of mineral water, drinking some of it, then replacing the fluid with liquid Milk of magnesia.  This tops up magnesium levels without overdoing it, when you consume a little of the mixture each evening.  Unfortunately Milk of magnesia can deplete the body of potassium, so a couple of dried apricots can redress the balance. 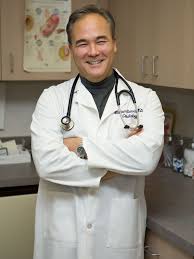 Once again this is useful but not the whole solution.

I had been following Bert Herring's recommendation of restricing food intake to a 5 hour window.  Various circumstances led to weight gain despite this regime.  I recently wanted to restart weight loss and decided to fast for a day.  This was helpful and I continued it for a second day.  Not only did I stimulate weight loss and fat burning, but my sleep improved.

I am not an advocate of the 5:2 diet, which allows you to eat anything 5 days a week, but encourages you to restrict calories to 500 or 600 on the other 2 days.  I ate nothing and  drank only water and herbal teas.  The liquid helped me overcome any desire to break the fast and I came through quite comfortably.  I count that as zero calories or a real fast.  I noticed an absence of other symptoms such as headaches or joint pain that I'd been experiencing in the previous week.

Jason Fung is an advocate of fasting and gives helpful guidance.

When I broke the fast I had a  poor night's sleep.  That doesn't encourage me to starve myself permanently, but I need to tweak what I do on eating days to improve elimination.

This is an N=1 experiment and may not work for anyone else.
Posted by Suzanne Looms at 07:53 0 comments

I have written before about Lloyds Bank, the Enhanced Capital Notes (ECNs) offered to more than 123,000 retail investors in exchange for their perpetual preference shares and former building society PIBS at the end of 2009.  Here's a detailed summary by Mark Taber.

The Financial Services Authority and Lloyds developed this new type of investment as a way to help the bank on the path to independence from government assistance after the financial crisis, saving the bank and taxpayers a significant sum of money.

ECNs were offered in a prospectus, which was put together under rules and regulations and approved by the FSA. 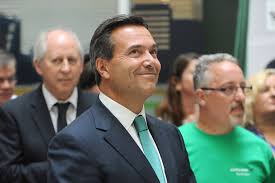 Retail customers approached the Financial Conduct Authority (FCA), successor to the FSA, asking for protection.  The FCA declined and suggested that retail investors should deal with the issue in court. 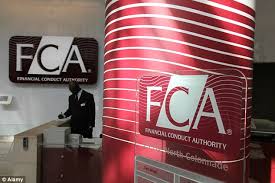 In May 2015 the Chancellor of the High Court judged that Lloyds Bank did not have the right to redeem ECNs early.  Lloyds Bank claimed in the court that they made a mistake in drafting the early redemption clause in the prospectus and that the court should apply a different meaning to what was written.  The bank had never mentioned this error in the prospectus from 2009 until the court case in May 2015.  The FCA was not aware of it until retail investors notified them during the court proceedings.

The Court of Appeal allowed Lloyds Bank's appeal in December 2015 despite lengthy disagreements and arguments between learned counsel.  The 'mistake' was described as a 'drafting error' which all but the most naive investor should have understood.  Effectively the judgement stated that a contract as written can be changed later in court to suit the organisation that drafted it.  'A verbal contract isn't worth the paper it's written on' becomes 'a written contract is an approximation of the legal agreement you've signed.' 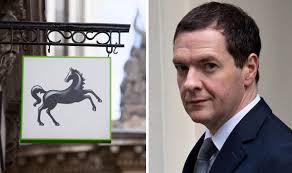 In late January 2016 the Chancellor of the Exchequer, George Osborne, announced a delay to the sale of government owned Lloyds Bank shares until after Easter 2016, because the share market has dropped in the banking sector.

Lloyds Bank then set 9 February 2016 as the date to redeem the ECNs, despite a request from investors for an appeal to the Supreme Court.  The Supreme Court ruled on 8 February 2016 that an appeal by retail investors would be allowed.  This was an unusually fast decision.  Neither the FCA nor the government intervened to delay redemption of the ECNs by the bank and Lloyds has now automatically redeemed these at par.  The appeal will be heard by the Supreme Court on 21 March 2016.  If retail investors win then compensation will be decided by Lloyds Bank.  Other costs, such as increased tax, may not be included.

The Wild West has come to the UK, as we can no longer rely on the government or financial regulators to uphold regulations and protection for market stability and retail investors, even though this is part of their stated remit.  Organisations with enough money to go to court can make a contract with reasonable terms and then have them overturned in a court of law, arguing that any fool should have known they would have disadvantaged the organisation and were not intended as written. 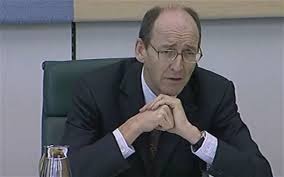 Members of the Treasury Select Committee have challenged Lloyds, but they have little power or influence when the regulators and the Chancellor seem determined to focus on national finances rather than the legal and regulatory framework of the UK.  Now our only hope seems to be in the hands of Mark Taber and the Supreme Court.  Perhaps there are still judges and lawyers who understand the risk and future consequences of a decision in favour of Lloyds Bank over its ECN prospectus.