Poundland shopping was my guilty secret.  I thought discount shops ripped off manufacturers.  A radio documentary put me right. 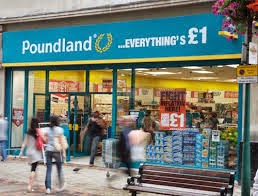 One of the founders, Steve Smith, was part of a family that ran a stall in Bilston market.  His father was an engineering draughtsman, but found that he made more money from selling specialist pens to colleagues.

Steve learnt from market stall customers what they wanted and how much they wished to pay (as well as how much and how often they'd buy).  He'd go away and source the goods, negotiating a price that would give them a profit on the sale.

On the stall was a cardboard box labelled 'everything here for 10 pence'.  The family discovered they made more money from the discount box than the rest of the stall.  That contributed to the idea of a discount chain of stalls.

Steve and his co-founder sourced no-name goods.   They took over £13000 on the first day of trading.  They worked hard on landing branded suppliers.   Once they had one, WD40, the rest followed.  Steve aimed to look after customers and add value to goods sold.  He encouraged managers to take a turn on the till, to ensure they developed the habit of listening to customers.

What is the attraction to manufacturers?

Poundland strikes a hard bargain once a year.  Once the price is agreed, the only time that manufacturers hear from a discount stores is when they want to order more goods. 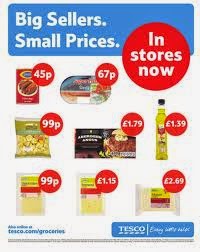 The big 4 supermarkets are in constant contact, demanding surcharges for prime positioning of product on shelves, discount promotions and other arrangements that make it difficult to estimate cashflow as well as putting pressure on staff at short notice.  I've worked with managers from a major UK manufacturer and know the stress caused by powerful supermarkets that borders on bullying.

What is the attraction to customers?

Discount stores such as Poundland, Lidl and Aldi, focus on a simple and transparent formula.  Their goods are of good quality, but sold at a reasonable and consistent price.  The big 4 supermarkets use a mixture of deals:  BOGOF (buy one, get one free) and loyalty cards with points redeemable on specific goods, which aim to entice customers to buy larger quantities.  Tesco attracts criticism for convoluted pricing that conceals poor deals.

Why shop at a supermarket for the same basic goods, when you can buy them for consistently cheaper prices at a discount store?

People reject manipulation and tricks that leave them poorer.  Tesco is losing market share to the discounters.

Low cost airlines also meet customer resistance because of the use of dynamic pricing.  This enables the companies to drive up the price for repeat customers on the internet, while offering lower prices to new enquiries.  Easyjet and Ryanair are no longer small airlines.  Customers are less willing to tolerate substandard service for low prices.  Retail outlets like Aldi have demonstrated how low prices can be coupled with high quality and raised the bar for all.
Posted by Suzanne Looms at 13:08 0 comments