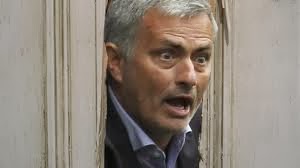 The Secretary of State for Culture, Media and Sport, Maria Miller, has today announced the closure of Chelsea football club, currently top of the Premier League.  Funds will go across the river to bolster the ailing Crystal Palace FC, which has limped along with limited funding and poor results, failing to meet targets for many years. 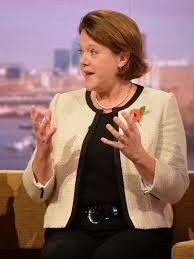 Ms Miller attempted this move last year, but was stopped by court action, which ruled she had exceeded her powers.  She has pushed through a clause in the Sport Bill, which gives her sweeping powers to close or scale back any football club, without consultation, if a neighbouring club develops serious financial problems.

Opponents argue that this will lead to top down control of UK football and the Premier League.  Ministers counter that these moves are in the interests of football fans as they boost playing standards across broad areas.

Jose Mourinho felt shattered:  "The plans result in a good club shutting down because it's near to a failing one, with fans and staff powerless to resist closures".

Mis Miller was adamant that the new powers will lead to better sport, improved health and wellbeing and wider spread of good football to the benefit of hard working families. 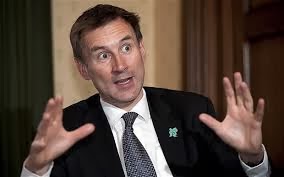 Today is NOT the first of April, but the above story is fictional.

I wanted an analogy that would demonstrate the unintended consequences of government policy.  Health Secretary, Jeremy Hunt, has gained new powers through part of the Care Bill.  He will be able to close down my local hospital or its Accident and Emergency department, to retain facilities in neighbouring areas.  This is an area of 34 square miles, with a population of 364,000 people.  I know 3 people who nearly died but were saved by A and E, but who might not have survived if they'd been driven to neighbouring facilities (through dense traffic.)  I don't have a say in this, even though it has a major impact on me and the local community.  The government has promised limited consultation.  My local MP dismissed attempts to lobby him to vote against it.

The 'internal market' for health in the UK is artificial.  There are codes and categories for types of patient and disease as well as treatment.  Payment and money movements around the NHS are not straightforward.  Assessment of standards depends largely on how data is entered and categorised.  We are presented with league tables and alarming reports of dangerous hospitals, but the data on which these are based seems questionable.  Negative media reports of my local hospital don't match my experience and that of my friends.  I've seen standards improve, particularly in the NHS part of local A & E (not the Virgin stewardesses that check patients initially.)  I do NOT accept that it is unsafe for patients, as noted in this chart. 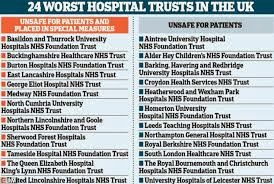 Yesterday I wrote about the resignation of Euan Sutherland.  One reason that fellow members of the Board of the Co-op stabbed him in the back was because of his pay rise.  He has delivered results in saving the Co-op Bank and Co-operative Group from destruction.  He did NOT cause the mess that the Bank and the Group are in.  I wrote about a similar backlash against the man that pulled RBS around, Stephen Hester.  There are plenty of examples where those who have made huge mistakes and cost companies and the country dear are rewarded on exit from post (or go on to become seriously rich, using their knowledge and connections from the job).  The Labour Party keep quiet about the decline of the Co-operative Group except when funding for their party and some MPs is threatened. 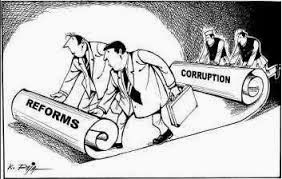 In the UK we seem to like rewarding failure and disputing payment for success.  In the case of healthcare, it sets a dangerous precedent.