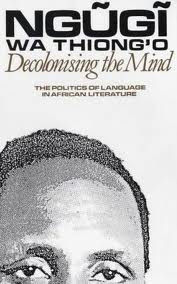 The Kenyan author, Ngũgĩ wa Thiong'o, wrote this book in 1986. He described how African authors wrote in English to reach a wide audience. In the process they were subject to colonial forces represented in the language and transmitted this alientation to readers. He now writes in his native language Gĩkũyũ.

George Orwell presented a regime that sought to control the population and render people passive through censorship, Doublethink and Newspeak in his 1948 dystopian novel 'Nineteen eighty four'. Control was coordinated by the Ministry of Truth. All nuances were removed from the language and simple dichotomies reduced ideas to a child-like black and white representation.

“By 2050—earlier, probably—all real knowledge of Oldspeak will have disappeared. The whole literature of the past will have been destroyed. Chaucer, Shakespeare, Milton, Byron—they'll exist only in Newspeak versions, not merely changed into something different, but actually contradictory of what they used to be. Even the literature of the Party will change. Even the slogans will change. How could you have a slogan like "freedom is slavery" when the concept of freedom has been abolished? The whole climate of thought will be different. In fact there will be no thought, as we understand it now. Orthodoxy means not thinking—not needing to think. Orthodoxy is unconsciousness." 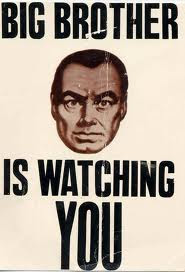 Totalitarian regimes of the past have seized control of media outlets and imposed rigorous censorship of news and culture.

Modern, powerful political leaders, such as Berlusconi and Chavez, have exerted control by owning much of the country's media or running their own prime time tv show.

Berlusconi is alleged to have colonised the national psyche by creating a wall-to-wall media promotion of no values or 'nothing matters.' Juvenal described this in Satire X as 'bread and circuses', entertaining, appeasing and distracting the masses to retain their support and compliance.

Chavez hosts a tv show that sometimes runs to 8 hours. Critics say he governs by tv, announcing the hiring and firing of staff first on the show. We're used to UK politicians making policy announcements to the press before presenting them to Parliament, so this seems to be a growing international trend. Chavez presents his fireside chat to give the impression that he is talking directly to his supporters and drawing them in to his confidence. The cult of personality and regular use of tv is reminiscent of George Orwell's Big Brother.

Last week the UK higher education union UCU blocked an attempt to introduce a new definition of anti-semitism amongst college and university staff. This definition has been adopted by some student unions in the UK. It seeks to conflate criticism of Israeli government policy and Zionism with prejudice against Jews and the Jewish faith.

The definition also seeks to prevent people from drawing parallels between what Israel is doing to Arab Israelis, Palestinians in Israel, the West Bank and Gaza with Hitler and the Third Reich or Apartheid South Africa (even if the reports quote Israeli self descriptions). Presumably the definition might lead to films such as 'The Promise' by Peter Kosminsky being banned.

George Orwell might point to the process of Newspeak that has reduced Semitic peoples from including a range of languages and cultures across the Middle East to now solely representing Jews. A similar process has led to America representing one third of the continent of the Americas ie the USA, omitting Canada and Central and South America.

He might also point to a trend in history to identify the holocaust solely with the death of Jews, forgetting the Communists, trade unionists, gypsies, homosexuals and others killed in the Death Camps of WW2. Curiously holocaust survivors and many who lived through WW2 are critical of Israeli policy (including the actress Miriam Karlin, who died on 3 June). 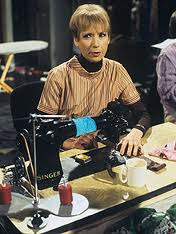 There are many inconvenient issues in Israeli policy that supporters might seek to hide and suppress. Nuclear weapons and the kidnap of whistle-blower Mordechai Vanunu is one. Israel claims to have no nuclear weapons and presses the West to take military action against Iran for beginning to work on a nuclear facility. Another issue is Israel's claim to be the only democracy in the Middle East while appearing to support collapsing dictatorships around them during the Arab Spring. Egypt is one public example. Less well known is the allegation that Israel was funding Libyan mercenaries from Chad and that Saif Gadhafi asked Israel for support against recent insurgents.

Coldplay are releasing a new song to raise money to support Palestinian projects:

There seems to be more vigorous debate in Israel about its policies (including the Knesset) than the West. The pro-Zionist lobby in the USA and UK seems to work behind the scenes to suppress any discussion. Contrast coverage of the Coldplay initiative in a liberal Israeli paper and its US equivalent.

Sue Blackwell, Mike Cushman and colleagues have worked hard to block the new definition. This blog post points out how hypocrital the drive for re-definition has become:

'At a time when the fascist English Defence League demonstrates alongside Zionists in support of Israel and every far right party of significance in Europe, apart from the Hungarian Jobbik Party, supports Israel and Zionism, it is clear that whatever else its purpose, the EUMC definition isn't about anti-Semitism but defending Israel.'

The South African Advertising Standards Authority has issued an interesting ruling. It has thrown out a complaint against an advert that named Israel as an Apartheid state.

Postscript:  In the case of Ronnie Fraser versus the Universities and Colleges Union (UCU) the tribunal found in favour of UCU, despite Antony Julius defending the Zionist position.  Another outbreak of common sense in March 2013.