How Democratic is your government? 2

In my previous post I seemed to suggest that, Giorgi Targamadze, the Opposition leader in the Georgian Parliament stands no chance of winning an election. I also seemed to imply that image is the only thing that matters.

I believe that changes in how we transmit, receive and process information have had a major impact on elections and democracy. Personality is now a bigger component than before in deciding the outcome of a ballot.

In the UK election campaigns have changed. People have little time or inclination to attend election meetings in local church halls (except to question their sitting MP about abuse of expenses). The population has increased and the logistics required to talk to the majority of people face to face are enormous. Politicians rely increasingly on radio, television and the internet to persuade voters. Membership of political parties has fallen and funding has dropped, reducing the resources available to campaign for an election. 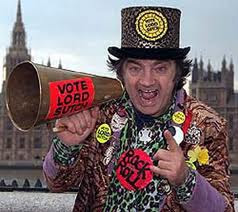 People have severals decisions to make: Do I vote for party x or y? Do I bother to vote at all?

The choice is between various policies and parties (increasingly different individuals).

In the UK politial parties now cluster around the centre ground and there is much less radical difference between policies, but smaller differences in detail. Even the apparent major disagreements seems to converge after a time, such as the question of whether we need to tackle the deficit or not (the deficit deniers have conceded defeat). In the past there were firm allegiances to parties based on class and self identity. Some people continued to vote for the same party as their parents whatever happened, because they could not imagine crossing party and class lines. Margaret Thatcher contributed to a major shift in mindsets by shaping policy to meet the aspirations of working class people who wanted greater opportunity and material rewards.

Mass communication brings new ideas to the population very quickly. Increasingly the party in power seeks to colonise good ideas presented by the Opposition either by incorporating some of the detail in their own work or making a policy announcement that is very similar (even if it is never carried out). Opposition parties are therefore cautious about making too many proposals and providing detail, preferring instead to focus on criticising the government.

The voting public are presented with sound bites, MPs speaking 'on message' with a series of catch phrases designed to appeal to broad swathes of the population in marginal constituencies. This translates to tabloid style headlines rather than lengthy, reasoned discourse. It becomes increasingly difficult to determine exactly what each party and person proposes to do if they gain power. In the past the Party Manifesto was a document shaped at the annual party conference and a pledge for action at the election. It resembled an architect's model of a proposed building scheme. It now seems to be a draft submission equivalent to a few rough sketches made on the back of an envelope.

Politicians are very aware of public reaction to each appearance, speech and policy announcement. Online polls such as YouGov deliver fast feedback which shapes future decisions. Popular blogs are ferocious in holding MPs to account and surfacing embarrassing stories.

Some politicians try to set up staged encounters with members of the public to help them seem more in touch and appreciative of local efforts. Unfortunately this often backfires as human beings want to raise topics that affect them directly. Gordon Brown handled this encounter badly, but made the mistake of criticising the woman, not realising his microphone was still live:

Visual media tend to focus on personalities rather than parties. Politicians look to the USA for ways of appealing to voters and opted to stage a tv debate between the 3 main political leaders. The ability of individuals to seem convincing, to appear to have integrity and to speak directly to people (ie face the camera) and touch on issues of concern to the public made a difference in that election. Nick Clegg was more media savvy in dealing with tv and the proportion of votes for the Liberal Democrats rose. We now have a coalition government. TV debate and media appearances tend to favour Extravert Intuitors (in MBTI terms), who are more at ease talking to a group of people and communicating in broad terms. Gordon Brown, as an Introvert Sensor, is more comfortable talking one to one and dealing with detail. He is not effective speaking spontaneously, but needs time to formulate his thoughts. This doesn't play well with his audience.

Voters consider whether the individual seems to have the right attitude to the main issues of concern. The public assess the competence of each individual to lead the country, tackle tough economic problems and communicate with people at all levels. Voters wonder how far they can trust this person to carry out his/her promises.

Tony Blair was famous for delivering different speeches and ideas to different audiences (sometimes on the same day) and was accused of blowing in the wind rather than holding to a particular position and set of policies. Commentators also say that his speeches were based on a series of Powerpoint slides with 3 points per slide, which was all he could memorise. His heads of Strategy and Implementation would seed new vocabulary that signalled key changes in direction.

Unfortunately for politicians, they may change their stance and claim to have held this view since the beginning, but the internet provides evidence of hypocrisy (in this case Gordon Brown encouraged 'light touch regulation' for the City of London).

Georgian Opposition leader, Giorgi Targamadze, also seems to focus more on detail in his speeches and his audience may not see the wood for the trees in what he says. Voters may also wonder if he, as a former tv anchor, has the capacity to deal with harsh economic reality and the knock-on effect of the collapse of the important Russian market. He works hard to appeal to village women by linking his party to the Georgian Orthodox church. Some people in the city may have reservations about the consequences of linking politics and religion so firmly, particularly in view of some of the Patriarch's pronouncements that overtly attack the effects of government policy on homosexuality. This trend might not help Georgia's application to join the EU. 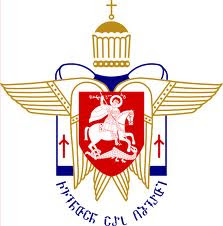