Footprints in the sand

Mintzberg is not a fan of Chief Executives being parachuted into run an organisation in an entirely different sector.

Jim Collins is disdainful of the cult of personality around leadership and had devoted his career to research into teamwork until his students talked him round.

I've been thinking about how organisations can make substantial improvements and ensure that they survive the daily inertia that drags people back to old habits and patterns.

Robust systems and effective teamwork are part of the process to embed improvements in the organisation, rather than relying on brilliant individuals. However, high quality change seems to rely on visionary leadership to ignite it and keep it burning. 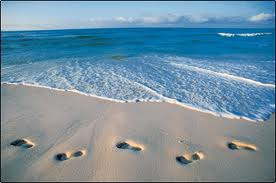 What maintains the quality after the leader has gone? 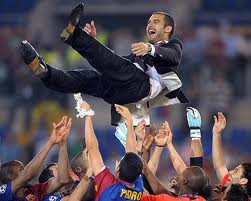 Both managers have good track records but Alex Ferguson has an astonishing record of success with his team. Much as Josep Guardiola deserves respect for his work, I think there is one man who has left his footprints firmly in the sand of Barcelona FC.

The Dutchman, Johan Cruyff, made a deep impression on Guardiola as a 13 year old player when Cruyff encouraged the youth team manager to move him into a midfield position to become the pivot for the whole team. It worked and this system was used in Barcelona to great effect thereafter.

Cruyff brought some of the extraordinary skills developed by Ajax, including team position flexibility (Total Football), developing equal ability with right and left foot and an exceptional youth development programme.

Cruyff left the job before Barcelona really made its mark internationally, but is still revered at the club. 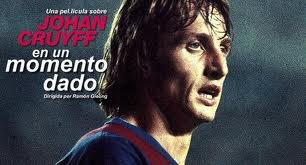 He is still around and his son, Jordi, has made a name for himself in Spanish football, so the Cruyff family are not regarded as football 'tourists' just passing through to make a quick buck.

Steve Jobs is renowned for his storytelling and ability to weave the myths of Apple in a compelling way. That may be one reason that he has been able to inculcate values and lead large scale change at Apple so well.

Cruyff is famous for 'Cruyffisms' one line utterances that can seem obscure or confusing. He comments directly on leadership and taking responsibility for creating a vision:

'It's better to lose with your own vision than someone else's'
Posted by Suzanne Looms at 14:53