How democratic is your government?

One characteristic of a democratic country is that there is a credible opposition to the government. In the UK we are in a curious position. 2 of the 3 political parties are in coalition government. The 3rd has difficulty presenting policies or politicians untainted by association with the previous government. They are also running out of money to function, as big party donors desert them. Once again the BBC has stepped in to provide lively debate and challenge the coalition government's policies.

Georgia lacked credible opposition to President Saakashvili until recently. Street demonstrations and encampments can only act as support. True opposition has to engage with the political process. Georgia has rising unemployment (17% in 2009), inflation rate of 14% and needs concerted effort to tackle economic problems. The Georgian economy is bolstered by remittances from Georgians working abroad.

Giorgi Targamadze was in London this week presenting his Christian Democratic Movement.

His new party was blessed by the Patriarch of Georgia, which would be the equivalent of a new Irish political party being blessed by the Pope 5 years ago (before the abuse scandal). This was a clever move, as Saakashvili was often portrayed by critics as the Antichrist in the early years of his Presidency.

Targamadze is a former television journalist who famously announced to viewers that the station was being taken over by force, when riot police closed them down.

He spoke about anti-democratic features of the Georgian government including corruption, lack of strong independent media, biased judicial system, electoral irregularities and suppression of dissent. British members of the audience were well aware of parallels in Britain from MPs' expenses fiddles (exposed by an American journalist), Murdoch's influence on serving Prime Ministers and pressure on the BBC to support the government or lose funding, the current wave of super injunctions granted to the wealthy to suppress information and details of any subsequent court action taken, electoral fraud in some constituencies and famous uses and abuses of the Prevention of Terrorism Act to suppress anti government protest.

He gave an example of someone being imprisoned for stealing a paper worth very little money as an appalling indictment of the judicial system. In the UK, when Tony Blair was Prime Minister, a woman was arrested for standing outside 10 Downing Street reciting the names of soldiers killed in Iraq and an elderly man was bundled out of the Labour Party Conference and arrested for heckling the Prime Minister.

Targamadze was clever enough to avoid blaming President Saakashvili for the conflict with Russia and loss of territories by explaining that any politician would have found it difficult to tolerate Russian provocation over Georgian airspace and on Georgian soil in recent years. He did criticise all 3 presidents of Georgia for their relations with Russia and poor handling of diplomacy (without clear specific details of what he might have done differently in their place.)

Targamadze made some interesting points about priorities in tackling the political and economic problems of Georgia, particularly by investing more heavily in agriculture rather than focussing solely on financial services.

It's possible that Targamadze will gain power in Georgia when Saakashvili steps down in 2013. At the moment it seems unlikely. We live in a media driven world where perception and image are more important than facts. Style is more important than substance in gaining support and influence in politics. Targamadze may have been a tele journalist, but he has not mastered the art of focussed communication.

Saakashvili answers questions with concise answers, avoiding repetition and including varied tone and emphasis. He can make an impact during a short radio interview, as he showed on BBC radio during the conflict with Russia. He was filmed over many hours at work for a fly-on-the-wall documentary 'Something about Georgia' and came across very well (much better than Gordon Brown chatting to a potential voter).

Targamadze often sounds as if he is reading a prepared news script or election manifesto and does not connect easily with his audience.

One member of the audience commented that only tough people do well in politics and Targamadze seems too nice. Tony Blair was once described as Bambi, because he seemed boyish, fresh faced and smiled all the time. 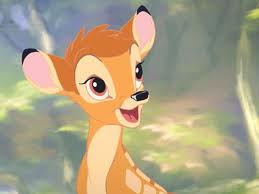 Targamadze may also learn how to manage his image to better advantage.