I like to present clients, students and blog readers with simple, memorable ideas. I make this choice, not because I think these people are stupid, but to help those interested in the subject, who lead busy lives.

Typically in problem solving I tend to use a knocked down version of the Buffalo Group creative problem solving method. Instead of 6 phases, I work with 3 + 1. Depending on the circumstances I may or may not make the method explicit. People don't always want or need to see and understand the workings of the internal combustion engine to get from A to B in a car.

When I make the method explicit, I often use the analogy of human sexual relations to clarify the stages. CPS comprises the 3 diamonds: problem exploration, idea generation, implementation + monitoring and evaluation. In the metaphor this translates to: foreplay, intercourse, climax + 'How was it for you?' 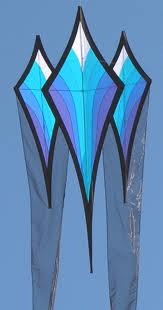 (Robert Brasington kites have full and knock down representations of the Buffalo Method. NLP fans may note that they facilitate movement in stuck problems by lifting people's focus out of the Kinaesthetic realm skywards.)

John Cleese gives an interesting lesson in sex education in the film ' The Meaning of Life', (shown here with Portugese sub titles). He states that the purpose of foreplay is to make intercourse easier:

During the practical demonstration he tells the class to 'take foreplay as read', because they covered it in a previous lesson. Unfortunately many of my clients and students wish to do the same, because they find the techniques fascinating and tend to think that creative problem solving happens when ideas are flowing. They haven't covered it in a previous session, so find that idea generation is more difficult or doesn't help resolve the problem.

Human seduction and sexual relations depend on the individual/s concerned. What works for one, may leave another cold. Erogenous zones for one person may be tickle centres for another and create distance between the partners. A problem may seem straightforward on the surface but comprise a number of interconnected parts. If there is a high degree of what Rittel/Mason & Mitroff describe as Wickedness, then work must be done to find a way in to tame it. There may be a number of different areas of a problem that can be tackled but some may lead to fruitful outcomes and others to blind alleys. If there is limited power or scope to influence a particular area then it may be better to move on to parts that are amenable to change.

Sometimes the problem is in the viewer. An issue can be looked at from different angles or reframed so that it becomes more manageable. Dr Abhay Bang reflected on an overwhelming problem and asked himself: 'Do I really need to solve all the problems, all the links in the chain of this cause of death?' I started to think: 'Where is the weakest link I can attack?' The problem owner may also be part of the problem and progress could be made by considering what he/she could do to change him/herself.

A problem well defined is a problem half solved is a useful way of considering the first phase of the method or foreplay.

This notion is sometimes greeted with a groan (much like the schoolboys' response when John Cleese threatens to set an exam.) This assumes that the method will take a long time and require lots of hard work (ie boring.)

It ain't necessarily so.

Sex isn't always the same in terms of quality, quantity or duration. Foreplay can be a long drawn out meal with lots of flirting and interaction or may take the form of a fierce argument between partners. Partners may not always reach a climax and solo sex is also possible. A look, a brief exchange and heightened attraction may do it, as Eban Page explains in his 'cocky and funny' dating system under the name David DeAngelo (aimed at nerdy guys who can't get a date.)

In creative problem solving problem exploration/definition can be done over time in a variety of conversations and contexts. It's possible to snatch little bits of time here and there and I've witnessed successful work done in corridor conversations or water cooler exchanges. Appropriate techniques can be introduced quietly without labelling them as anything special. People are pulled in by the energy and fun of tackling something in a different way, particularly if the problem is entrenched and stuck.

Counter intuitive techniques can be particularly effective in warming up colleagues to the idea of tackling something difficult. Steve Jobs believes people are inherently creative, but need opportunity and tools to unleash this. 'Not tonight, Josephine, I have a headache' can be challenged in various ways. When we open to the possibility that our colleagues might be more creative than we think, we can run creative problem solving processes on the sly and see what emerges. Something as simple as a metaphor can stimulate thinking that is unconstrained by the heavy weight of the real problem - 'What would Homer do?'. A simple reverse brainstorm can also clear a log jam in thinking: 'How can we make this problem catastrophic?'

The method can be run through fast, revisiting one or more phases later for further iterations. 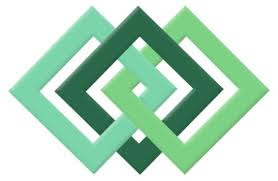 Heinz latched on to the idea of rapid problem solving and snatching opportunities where we can in the famous soup commercial, commenting on male stamina:

'Ready in two minutes'
Posted by Suzanne Looms at 04:13