Steve Jobs has an interesting attitude to the customer. He listens, but doesn't run after them. Lack of imagination may limit what they want. If he can suggest something they haven't thought of yet, they might go for it. 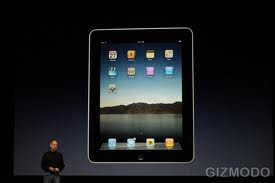 Customer pull is clearly important to Apple and Steve Jobs has thought about different types of customer, since he and Steve Wozniak first put together Apple 1 and 2 (the first for fellow computer geeks who could assemble their own hardware, the second for those who wanted the product, but needed the box, screen and keyboard to make it work.)

Technology push is not allowed to dominate Apple's output. Designers could add unlimited functionality to products, but these won't sell unless the price is affordable. Technology is no good floating around with a mass of disconnected ideas. There must be a gravitational force that pulls it together in the form of saleable products.

Jobs is well aware of unarticulated and potential customer needs, so that he doesn't fall into the trap of looking for a quick assessment of articulated and identified needs. Latent needs may be awakened through careful engagement with customers. 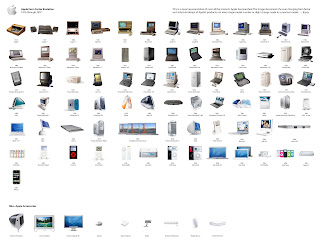 Steve Jobs has little interest in describing himself as Superman, the charismatic leader. The team is essential to the process. Ideas may come from anyone and the team helps weed out the rubbish and refine those that are worth pursuing. Sharing ideas helps develop them and this gives the company leverage.

'Let's say that -- for the same amount of money it takes to build the most powerful computer in the world -- you could make 1,000 computers with one-thousandth the power and put them in the hands of 1,000 creative people. You'll get more out of doing that than out of having one person use the most powerful computer in the world. Because people are inherently creative. They will use tools in ways the toolmakers never thought possible. And once a person figures out how to do something with that tool, he or she can share it with the other 999.'

Jobs defines his role as Head Janitor and he clearly steps in to take up the slack when senior colleagues leave. He has fostered a company culture that promotes excellence, but hasn't achieved it by training courses and company handbooks. He focussed on the aesthetics of the product, but also the components and how the factory was laid out.

'I mean, beyond the functional benefits, the aesthetic communicates something about how they think of themselves, their sense of discipline in engineering, how they run their company, stuff like that......(Steve Wozniak and I) We thought, why don't we take the extra few days or weeks and do it right? We had a fundamental belief that doing it right the first time was going to be easier than having to go back and fix it. And I cannot say strongly enough that the repercussions of that attitude are staggering. I've seen them again and again throughout my business life. They're just staggering.'

Steve Jobs describes the culture of excellence or right first time as something that is inherently motivating for people, rather than imposed and policed:

'In my experience, people get far more excited about doing something as well as it can be done than about doing something adequately. If they are working in an environment where excellence is expected, then they will do excellent work without anything but self-motivation. I'm talking about an environment in which excellence is noticed and respected and is in the culture. If you have that, you don't have to tell people to do excellent work. They understand it from their surroundings. You may have to coach them at first, but then you just get out of their way, and they'll surprise you time and time again.'

Jobs recognises the importance of selecting the right people to run parts of the business. He describes how he transmitted his notion of attention to detail and components that symbolise a wholistic process. This enabled staff to move beyond the idea of silos and islands of production to thinking about production as an organic system that must be managed as a whole.

'People in our factory asked me, "Why is it so important to paint these machines the same color? We don't understand it." For one thing, we want the place to look nice because we bring customers through. They're going to make a decision on using NeXT products, and they ought to know that we have a very high-quality manufacturing operation. But the real reason is that we don't want people to think of the factory as separate islands of automation. We want people thinking of the whole. Suppose we have a bottleneck at one robot. In reality, you can probably rebalance the line and solve the problem -- provided you think of it as a whole. It took people six months to understand this, but now it's in their bones. We spend a lot of time going over these concepts and why they are important -- not just in the abstract, but right down to the everyday tangible point of view. That's what building a company culture is all about.'

Jobs extends this philosophy to every area of the business and puts energy into the process as well as the product. This extends to manufacturing, automation, sales and marketing, as well as information systems.

'So, to build a great company, you need more than a great product. You have to pay attention to all the different areas and be as aggressive with them as with your product. Otherwise, you'll spend half your time fixing things that break. And that's typical of high-growth companies. Half the management time is spent making repairs -- stock-option plans, marketing strategies, information systems, whatever.'

He started young and had some success, but inexperience caught up with him. On reflection he recognised the need for an Ambidextrous Organisation and has since mastered the balance between revolutionay and evolutionary change.

Apple had a monopoly on the graphical user interface for almost 10 years. Steve Jobs acknowledges that success preceded failure in a similar pattern to many successful companies. Focus shifted to managing the company and away from innovative product development that led to success. Gradually the monopoly was lost and disruptive innovation from other sources changed the face of computing and the business model.

'But after that, the product people aren't the ones that drive the company forward anymore. It's the marketing guys or the ones who expand the business into Latin America or whatever. Because what's the point of focusing on making the product even better when the only company you can take business from is yourself?'

Jobs was kicked out of Apple and went off to develop NeXt computers and Pixar animations. When he returned as CEO, the company began to return to its innovative roots.

'The system is that there is no system. That doesn't mean we don't have process. Apple is a very disciplined company, and we have great processes. But that's not what it's about. Process makes you more efficient.

But innovation comes from people meeting up in the hallways or calling each other at 10:30 at night with a new idea, or because they realized something that shoots holes in how we've been thinking about a problem. It's ad hoc meetings of six people called by someone who thinks he has figured out the coolest new thing ever and who wants to know what other people think of his idea.

And it comes from saying no to 1,000 things to make sure we don't get on the wrong track or try to do too much. We're always thinking about new markets we could enter, but it's only by saying no that you can concentrate on the things that are really important.'

Has Steve Jobs achieved level 5 leadership? Few would describe him as humble and self effacing, though he is able to stand back and reflect on patterns rather than personalities in the rise and fall of his companies. One test, that is much discussed in the media, is succession planning and whether Apple can continue to thrive as Jobs withdraws from active leadership.

The launch of iPad 2 indicates a shift in identity, as they bring other members of the team to the fore in the promotional video.

Dance fans ask me 'what has this post to do with tango?'

Some UK tango teachers have taught both men and women to dance the steps. Some of these women are shocked to find they are heavily criticised in the dance clubs of Buenos Aires, when visiting Argentina to experience tango in its place. Why? 'Let the man lead. If you lead, the man becomes weak. Your job is to respond deftly to all his signals. He controls the dance. A good leader can turn any woman into a fine tango dancer.'

The legendary Tete Rusconi was one such tango leader.

In balancing technology push and customer pull is Steve Jobs the tango leader or flexible follower?

Gary Hamel has said that the future is already with us, it's just at the edges. What starts off as fringe, ends up as mainstream.