Geoffrey Dickens MP made allegations about a paedophile ring that included people in power.  He compiled a dossier of evidence and handed it to the then Home Secretary, Leon Brittan, during a 30 minute meeting in 1984.  It then disappeared. 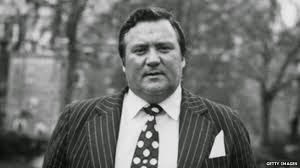 Leon Brittan, who died last week, was alleged to have suppressed the evidence and to have been involved in abuse of minors.  The satirical magazine, Private Eye, broke the story and continued to make allegations for many years.  One recent article described Brittan's rage at the allegations, plus his adamant contention that they were all false. 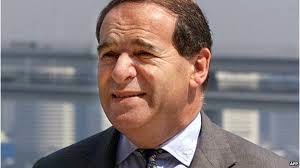 Public figures have appeared in the media since Lord Brittan's death to defend his reputation and dismiss the late Geoffrey Dickens as a publicity seeker.

The same media outlets have also published interviews with senior politicians, justifying the choice of ex-disc jockey, Jimmy Saville, to manage a secure mental hospital.  Saville is alleged to have taken advantage of his position and sexually abused a number of inmates.

I have worked with survivors of sexual abuse.  I've never met one person who wanted to take their abuser to court.  Many have never told their parents or family.  It's rare for a survivor to wish to test the judicial system and go through the gruelling court process.  Frances Andrade was forced to go to court and testify against her abuser, because a colleague broke her trust and spoke to the police.

I don't have any concrete evidence to support or contradict allegations by Geoffrey Dickens and against Leon Brittan.

1)  Why didn't Geoffrey Dickens keep a copy of his dossier?

Investigative journalist, Don Hale, reports that Cyril Smith MP confronted him and demanded he hand over evidence gathered about 7 paedophile offences committed by Cyril Smith and other powerful people in the 1980s.  This evidence had come to him from retired police officers and special branch members as well as spooks from the security service.  Hale refused.  Special branch police officers visited Hale the following day mob handed and demanded he hand over all his evidence.  They said that publication would not be in the public interest and that it would be a threat to national security.  They told him that if he didn't hand over the files he would be arrested and jailed for 2 years for perverting the course of justice.  They were aggressive and threatened violence.  They ransacked his place, took all the files and demanded to know if he'd kept copies.  He described it as a shock tactic, because it was something out of the blue. 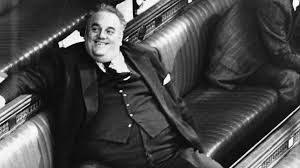 Retired officers now report (confidentially) that they presented evidence of abuse at the time but were told to drop the case.  They were threatened by Special branch officers with prosecution under the Official Secrets Act and that they would likely lose their jobs and pensions if they proceeded.  Cyril Smith was arrested a number of times but released after the intervention of Special Branch.

Geoffrey Dickens may have believed that his dossier would be acted upon rather than destroyed.

The Home Secretary,  Theresa May ,has issued a vague statement that people might be protected against prosecution under the Official Secrets Act, if they speak up.  I wonder if she thinks the law is contingent and that covert bullying that prevents justice is OK.