I was listening to an interview with celebrity chef, Hugh Fearnley Whittingstall.  He has made his name in tv series showing how he grows fruit and veg and rears (and slaughters) animals on his farm, before cooking the produce. 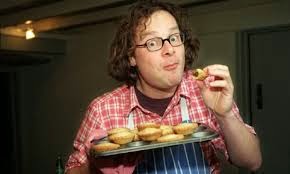 He admitted that he'd had a shocking health scare.  His blood cholesterol levels were high and he was bordering on levels 'requiring statins'.  He went on to say that this was because of the amount of butter and cream he used to consume.

HFW is a high profile media celebrity and the story was widely reported.  Unfortunately Hugh is no scientist and has swallowed the NHS line on the cholesterol hypothesis hook, line and sinker.

The illustration above indicates another reason why his blood lipids and blood glucose levels may have soared:  sugars and starches. 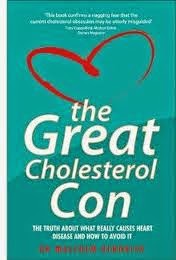 Here are some other views:  Dr Malcolm Kendrick (on reasons to AVOID statins), Dr William Davis (on ways to become heart healthy through eliminating cereals) and Dr Stephen Gundry (on ways to improve heart and general health through diet and lifestyle).