Occasionally I work with a client who has had a major health crisis such as a heart attack.  They admit to poor diet, zero exercise, high intake of alcohol and heavy smoking.  They are terrified of dying and seem unable (unwilling) to make any changes.  This is someone who is praying for a magic bullet to cure their health problems 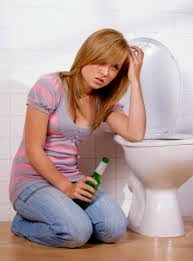 I introduce them to research findings and the work of specialist doctors and surgeons, who recommend specific incremental changes to improve heart health.  Each idea is dismissed or discounted as unworkable. 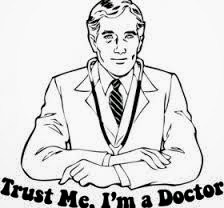 A common argument is counter-evidence from a someone specialising in research that concludes red meat is most likely to cause heart attacks.  (= man/woman in white coat tells The Truth).

What the client fails to notice is that this researcher is an epidemiologist.  That means they don't actually conduct randomised, controlled, double blind studies that demonstrate cause-effect relationships.  They take population studies and compare the numbers of those who do and don't eat red meat with figures for heart disease.

If I take population studies for those who open umbrellas and the incidence of rainfall in particular areas, I might wish to claim that opening umbrellas causes rain.  My readers would conclude that I'd lost my marbles or basic common sense.  They may NOT challenge big claims by researchers which fail to offer concrete proof. 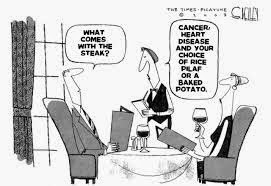 Robb Wolf and Chris Kresser discuss this particular assertion that red meat causes heat disease.  Chris unpicks the research and demonstrates that early studies failed to distinguish between processed and unprocessed meats, nor did they consider the rest of the subjects' diet and lifestyles.  Later studies that did include these aspects were unable to conclude that red meat causes heart disease.

There is NO evidence that unprocessed red meat causes heart disease or any other disorder.

If we eat too much protein, we may gain weight, because excess protein is converted to sugar.  We may also have problems with fat on red meat, if it comes from animals fed on grains rather than put out to grass.  That is NOT an argument to avoid fat, but to be wary about what the animal you eat was eating during its life.

I may not be able to help this particular client to change, particularly if it becomes clear that they are unable and unwilling to make any effort to improve their own health.  I regret that some researchers and journalists are so willing to spread misinformation and bad science.