I have an allotment.  This brings me into contact with a wide range of people I wouldn't otherwise meet. 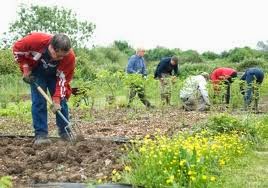 I've been talking about statins and what I understand about the science.

One woman told me her mum is on them, despite pleas from the family to stop.  Mum believes the medication gives her a 'get out of gaol free card' from health problems caused by smoking.  As far as I know, there is NO connection and statins don't work for women.

Another friend in his 80s is on statins.  He has started to feel low, keeps falling over and seems more tired and less able to cope than before.  Statins don't work for men over 65 and it sounds as if he is experiencing some of the familiar symptoms.  His doctor tells him to continue taking the meds.  The doctor receives financial incentives to prescribe statins, so he would say that, wouldn't he.

Several people told me about another man on site.  He's a cheerful member of the community and always friendly.  He happens to be around 65 and suffers from diabetes.  He was prescribed statins and experienced a major change in personality, becoming very aggressive.  He stopped taking the medication and, last time I saw him,  was back to his cheerful self.

He concluded that you can't trust doctors.  After being on a large number of different drugs, he decided that he was better off avoiding doctors altogether.

I don't agree.  Doctors saved my life.  Experience teaches me that not all doctors are the same.  I make up my own mind about operations and medication offered to me, sometimes upsetting junior doctors from countries where patients are more respectful and compliant.

First find a GOOD doctor you can trust.  Avoid doctors who challenge your right to hold an opinion and act on it, especially if it differs from theirs.

Dr Briffa tells me that one cardiologist agrees with me.  Hallelujah!
Posted by Suzanne Looms at 15:50