'Posh Tories out of touch with lives of ordinary people'

This is a recent pronouncement by Ed Miliband,  the gift that goes on giving to bloggers. 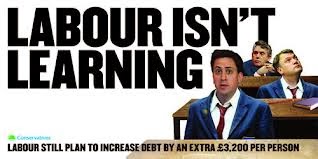 He resembles an annoying, snotty, loud mouthed schoolboy his teachers would sorely like to clip round the ear.

I wrote recently of meeting Eton-educated Tory MP, Jesse Norman, alone on public transport carrying his own bags.  The only MPs I've seen alone and carrying their own stuff have been public school educated Tories.

I saw Paul Boateng on a train with a bunch of minders, apparently ducking out of London on the day of an embarrassing debate.

I travel regularly to a town in the Midlands.  Some years ago fellow travellers report that Jack Straw, then Labour Home Secretary, took the train with minders.  The station was closed for the day and he was met by a fleet of armoured limousines, so that he could, allegedly, travel to an Asian food factory in a pre-election friendly.  Commuters were inconvenienced and had to make their way to work by whatever means possible, because of alleged security issues for man-of-the-people Mr Straw.

Ed Miliband is trying hard to look like an ordinary bloke, but can't disguise his dislike of what comes with it. 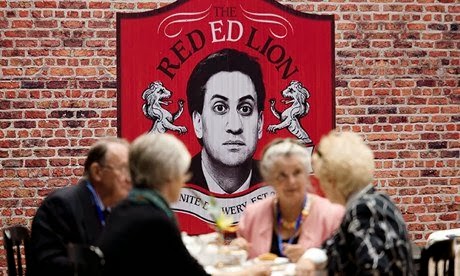 The Shadow government don't seem to live the lives of ordinary people.  I've written before about the silence on the Shadow front bench in relation to the Co-op Bank, which has given financial support to the Labour Party in a number of ways.  Ordinary pensioners, at risk of losing their life savings, had no succour from 'One Nation Labour' and Ed Miliband.

Peter Mandelson, one of the architects of 'New Labour' and sometime kingmaker in the party, is renowned for amassing large sums of money and keeping company with some unsavoury characters.  He is alleged to receive funding from Kazakhstan and is one of a group of politicians who have helped massage the image of a country with a bad human rights record. 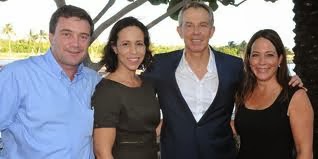 Former Prime Minister Tony Blair took us to war with a dossier of weapons of mass destruction in Iraq, that was cobbled together from flimsy material including a phd thesis.  Blair is Peace Envoy to the Middle East, receives round the clock security protection, paid for by the British taxpayer.  Blair's way of expressing thanks is to place his money in a convoluted nest of companies, so that he pays minimal tax.  He also promotes the Cayman Islands as a tax haven.

The Spectator goes further in describing the Shadow front bench as Ed Miliband's Bollinger bolsheviks.  The article reveals the extent of wealth and property amassed by Labour MPs.

Let's return to Eton educated Jesse Norman MP.  Sir Torquil Norman, Jesse's dad, was a fighter pilot and banker.  During a period of unemployment he dreamt up the Big Yellow Teapot and founded the successful Bluebird Toys.  Holidays with wife and five kids were spent in a converted bus, rather than hotel or caravan.  He retired from toys and bought the Roundhouse, to prevent it being destroyed by property developers.  He has raised money and put the venue on a solid footing and it re-opened in 2006.  He also formed the Roundhouse Trust to help disadvantaged youngsters in the area.  By 2008 it had involved over 12000 teenagers in creative arts projects.  He says he was concerned about the disillusionment and lack of future kids in Camden seemed to have and wanted to do something about it. 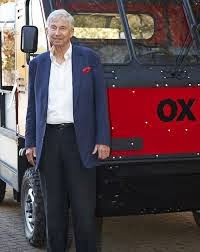 Torquil Norman has retired several times.  The latest venture is the invention of a flat-pack OX truck to help villages in the developing world gain greater independence.

The son of a prominent Labour star has been sent to prison for assault, and the father lobbies to water down anti-mercenary laws as director of a private military firm.  In contrast, old Etonian Norman father and son both have experience of effective charitable work.

How much more in touch with ordinary people do you want Eton educated Tories to be, Ed?