The concertina is a simple free reed musical instrument.  A bellows mechanism and buttons produce single notes, unlike the accordion, which produces chords from each button.

This instrument came to mind last week when hearing Ed Miliband's announcement on banks.  If he's elected, he'll break them up into smaller entities, regulate them more firmly and force them to lend more. 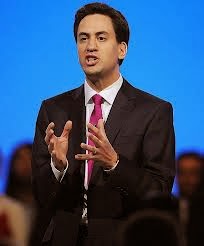 This is the same Miliband, who, along with Ed Balls, was bag carrier to former Prime Minister, Gordon Brown.  The two Eds were powerful in that Labour government and it is widely acknowledged that Balls wrote most of Brown's policy.

Gordon Brown, the Prime Minister, who famously announced in his Mansion House speech to the City of London that he would support their growth by instituting 'light touch regulation.'  Yes this is the same Gordon Brown who quadrupled the tax code for small businesses and individuals, while large corporations did sweetheart deals with the head of HMRC to pay less and small business people are bullied for every penny.

Gordon Brown also consolidated banking and the development of a massive housing and stock market rise, where people were encouraged to use equity release for personal spending.  Invesment bankers and private investment  funds developed the casino style antics that laid the economy low. 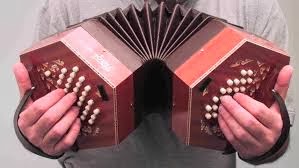 Ed Miliband plays a simple tune.  'One Nation Labour' from a Cabinet that live in an expensive enclave (of politicians) and are part of the wealthy middle class that benefit from the sweep of the lower classes out to the far edges of the capital city.

Now he's pulling out the bellows on his instrument to reverse disastrous policies to which he contributed.  He blames the mess on the Conservative government.

He must hope the public have very short memories.

Ed Miliband's announcement that he'll use state intervention to freeze energy prices has wiped £7billion off the value of energy company shares.  No doubt this latest policy announcement will do something similar for banking shares.

If the economy keeps strengthening, Miliband will do his bit to trash it, so he can blame the government.

Ed Miliband failed to mention a new Bill put through Parliament at the end of last year.  Backbench MPs from all parties worked hard to strengthen regulations in banking and financial services to protect the public and the economy.  Miliband seems to want to take a turn on his squeezebox and reverse this effort.

Eds Miliband and Balls kept very quiet when the Co-operative Bank was in trouble because of some unwise decisions.  Ed Balls attended the opening of the Co-op Group's new headquarters and made a fulsome speech in support of the then chairman, Len Wardle.  One Nation Labour had a low interest loan from the Co-operative Bank.  The Co-operative funded both the Labour and Co-operative Party MPs (the latter is effectively the Labour Party in all but name.)  No wonder Miliband and Balls kept quiet, as they're unlikely to bite the hand that feeds a near insolvent political party.

Mr Miliband please do not preach to us about helping the British people and your great concern for our wellbeing.  No small business receives such preferential loans from the Co-op Bank and pensioners were about to lose their life savings (to fill the financial black hole) had it not been for the intervention of Mark Taber and his campaign.

You didn't answer letters about this problem (I and many others wrote several times) and did not speak about it in Parliament.

The money is about to dry up.

Ed Miliband, your concertina is out of tune.
Posted by Suzanne Looms at 06:57