When I first started in business, I spoke to managers of each of the clearing banks before deciding where to open an account for my business.

One guy looked like a spotty 15 year old.  When I asked about impact of the imminent EU englargement, he said:  "There's not much call for that sort of thing around here."

The second manager arrived late for our meeting, smelling as if he'd imbibed a rather large liquid lunch.  His response to my business plan was impassive.

The third man was a bit more business savvy, as his dad ran a fruit and veg market stall.

None of them appeared to have the skills to read a business plan or cashflow forecast with insight. 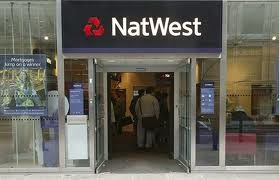 The National Westminster Bank was running a tv ad campaign at the time which claimed:  'We have a dedicated small business adviser in every branch.'  When I asked for an appointment at the local branch, the teller called across to her colleague:  "Charmaine, who's doin' small business advice this week?  Is it Mr Johnson?"  I made my excuses and left, concluding that the gulf between the promise and reality was too great. 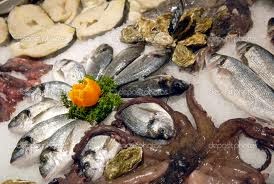 Decades later I lived round the corner from an excellent new fish shop.  The display was good, the variety of fish was enormous and the proprietor was ready with tales of his own way of cooking different fish.  It was a family run business.  Staff were hardworking, cheerful and helpful.  They supplied local restaurants until an economic downturn reduced this side of the business and forced them to give up a second shop.  On Saturdays there were always long queues out into the street.

One Christmas they had bumper sales and customers were happy.  A few days into January, the shop suddenly closed and was replaced by an estate agent.  This small high street has declined and become less vibrant as a result.

I bumped into the owner some years later.  After expressing sadness at the loss of such a great local resource, I asked him how it had happened.  The business had a good turnover and he was determined to pay down his loans as fast as possible.  The bank called him in for an appointment and suggested they renegotiate the loan for a longer term.  He declined and explained that he could easily sustain the high level of repayments he was making.  The manager told him:  "You don't understand, we are going to renegotiate your loan."  This was clearly so that the bank could treat the fish shop as a cash cow and make as much money as possible.  He refused.  They froze his account, did not respond to his calls and forced him out of business.  He is now an employee and given up any idea of self employment.  Once again we've lost a capable entrepreneur.

Which financial institution did this?  NatWest bank.

I hadn't heard much of NatWest since the financial crisis and hadn't realised that they'd been absorbed by RBS, the Royal Bank of Scotland, one of the banks bailed out by the taxpayer.

Then I heard a FileOn4 programme 'Default by Design' about viable small businesses being driven to the wall and asset stripped.  RBS/NatWest seems to be the common thread in this story.  Instead of restructuring the loan, the latest tactic seems to be to push business owners to take out risky financial instruments (with exorbitant admin fees) to secure their loans. 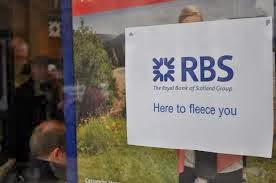 The accusation is that the bank engineers a default against a loan, artificially distressing the business and forcing them into administration to profit the bank.  GRG, the fastest growing division of the bank, the Global Restructuring Group, is alleged to actively damage the value of business in order to profit from the assets.  Read an interesting history of this group here. 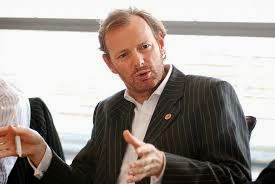 Lawrence Tomlinson, a business adviser for the government, has investigated the issue and written a report criticising banking practice.  RBS deny the allegations.  A law firm has been appointed to probe the bank's actions, despite conflict of interest allegations against them.

No doubt lobbying will prevent anything happening to halt this abuse and major damage to the vibrancy of our economy and entrepreneurship.

My advice to anyone planning to start their own business:

Take care to find a really good accountant and a reliable bank.  If you make a mistake, you could lose everything.