How to annoy David Cameron

I bumped into Jesse Norman the other day.

Yes he is another so-called 'posh boy' Tory MP who went to Eton.  When I talked to him, he was using public transport. 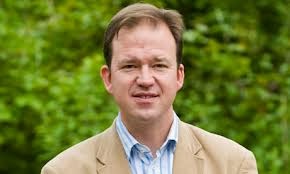 I thanked him for his excellent work on the Treasury Select Committee doggedly interviewing people about the Co-operative Bank and disastrous slide into massive debts.  Norman helped the campaign to rescue the savings of elderly bond and preference shareholders who had dealt with the Co-op all their lives.  I'd watched some of the hearings online.

I expressed concern about the behaviour of some of his TSC colleagues, who use sarcasm and bullying to ill effect.  Interviewees freeze and then become defensive, rather than giving helpful information.

Jesse Norman apologised for not replying to my letter to him last year (why should he, I'm not one of his constituents),  and then told me how he learnt to extract maximum information with forensic skill, but without bullying.

His father in law, Lord Bingham, headed the enquiry into the Bank of Credit and Commerce International.  Bingham telephoned and went to see the key people, extracting the majority of the information by being (in my words) a courteous gentleman.  This cost the public purse  zero.  Contrast this with the series of public enquiries, which have cost us millions.


We parted and I didn't have time to tell him I'd written to the main political leaders asking for a change in behaviour of TSC members using Jesse Norman as a role model.

What has this to do with David Cameron?

I knew little about Jesse Norman.  I've discovered that he's one of the few MPs who has had a diverse career before entering politics in later life.  He knows about banking, charities, university lecturing and running arts programmes both here and abroad.  He has strong views on parliamentary democracy based on his academic work in philosophy and admiration for Edmund Burke. 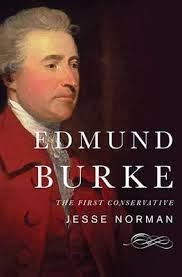 Norman holds firmly to principles in part based on experience of how democracy can falter when it is weakened by undue financial and lobbying interest, as in the USA.  He led a rebellion against aspects of Lords reform, which would have turned the House of Lords into a second elected chamber.  In creative problem solving, we encourage reflection, so that people avoid premature evaluation and disastrous decisions.  Jesse Norman argues that the House of Lords, at its best, fulfills this function.

David Cameron was infuriated and sacked Jesse Norman as an adviser to the policy board.  This was in July 2012 and Norman was appointed to a parliamentary advisory board in April 2013, but sacked again after abstaining on the Syria vote in September.

I also wrote that, were Jesse Norman to be selected as candidate to replace the newly enobled Lord Bletchingley, I might vote Tory for the first time in my life.  Jesse Norman has been touted as a possible successor to Cameron, so my comment could only have irked the Prime Minister.

Dear Mr Cameron, follow Lyndon B Johnson's sound advice and  keep Jesse Norman inside the tent, so that he doesn't direct his yellow stream at you.