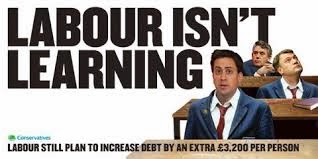 I have written before about the resounding silence from senior Labour Party figures in relation to the recent history of the Co-op Bank.  As many people have pointed out, the Co-op Bank has extended generous loans to the Labour Party at preferential rates of interest, despite the dire financial state of our major opposition party.  I have also commented on Shadow Chancellor, Ed Balls, and his tendency to make poor decisions in government. 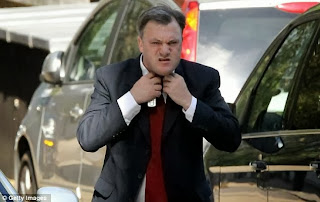 Ed Miliband made a speech at the Co-op Bank HQ on 9 July 2012, declaring his intention to campaign for the big banks to be broken up.  He praised the Co-op Bank as a model of integrity.  Sadly he is now getting some flak for this from financial journalists.  Ed Balls writes fulsomely about co-operative enterprise on his blog.


Ed Balls was in post as Economic Secretary to the Treasury when Paul Flowers was appointed.  Mr Balls does not seem to have scrutinised appointment procedures or regulatory oversight in the following years.  Some allege that political pressure was put on the FSA to approve of Mr Flowers' appointment.  Neither Balls nor Miliband commented on Andrew Bailey's revelations about financial problems at the Co-op Bank as early as 2011.

BBC News business editor, Robert Peston, is doing his best to shield Eds Milliband and Balls by fudging the dates and asserting that no one knew of the crisis at the Co-op Bank until the end of 2012.  It is well documented that Andrew Bailey expressed his concerns as early as mid 2011.

Other questions remain unanswered.  How did the FSA and Bank of England exercise such poor regulation of the Co-op Bank and approve key people to roles, for which they were not at all suited?

Len Wardle has resigned as Chair of the Co-op Group and Board.  There are allegations about his relationship with Ed Balls and the one off donation.  Hector Sants, who was Chief Executive of the FSA from 2007-2012, has recently resigned from Barclays Banks due to 'exhaustion and stress'.  Both of these people were involved in dealings at the Co-op Group, decisions at the Bank and poor oversight.

The Labour Party and its 2 main figures have remained silent over the Co-op Bank crisis.  They have stripped Paul Flowers of Labour Party membership.  Ed Balls was criticised by Co-op Bank savers for his part in bringing the bank to the brink of destruction.  There are calls for a return of the £50,000 donation to his office.

Ed Balls where is this One Nation Labour of which you speak?  What is your response to the prospect of pensioners losing their savings, main income and means to pay care home fees?    When will you come clean on your part in the Co-op Bank's downfall?