Co-op Bank & the Dog in the Manger

Late in the day he involved retail investment campaigner, Mark Taber, in negotiations over recapitalisation of the bank.  Mr Sutherland listened.  He co-operated.  The offer now on the table is far better than most people had expected.  Euan Sutherland is working hard to ensure that frail elderly investors have clear messages about the offer and the early bird bonus available for those who take prompt action.

Stockbrokers are still dragging their feet about communicating with retail investors and reminding those who have not taken action.  Hargreaves Lansdown are still setting the standard for proactive, clear communication.

I don't have any Co-op Bank bonds or preference shares.  I am not directly affected by the offer or the decision of customers.  I realise that Co-op Bank needs a substantial majority of retail investors to close the deal.  It seems clear that the bank may go into resolution if the offer is rejected.  Those frail elderly investors will lose everything in that case. 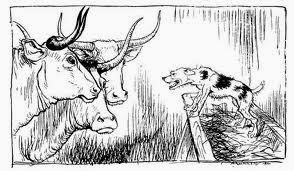 One other serious barrier to agreement seems to be a different class of retail investors.  These are opportunists who have bought bonds and preference shares recently at very low prices.  Some of them have said that they reject the offer and think they can get much more if they hold out and cause the deal to fail.  These investors don't depend on the income to live or pay for a roof over their head or care in later life.  This is part of a portfolio based largely on speculation and squeezing the most out of investments bought at bargain prices.

I wish Euan Sutherland the best of luck with the deal and the messy future of the Co-op Bank.  I sincerely hope that a small group of jackals don't trash the hard work done by Sutherland and Mark Taber.