What a Balls Up! 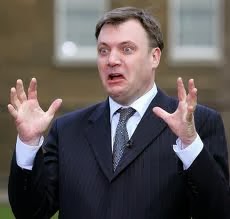 Ed Balls, shadow chancellor, today reacted with disgust to the news that Sharon Shoesmith has been awarded compensation for her summary dismissal in the wake of the Baby P case. Sharon Shoesmith was head of social services for Haringey Council.  She was dismissed because of pressure exerted by Ed Balls, then Children's Secretary. 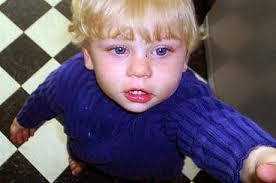 Baby P was a child who was abused by his parent and step parent until he died.  No one remembers the names of the adults involved.  Blame was placed on Sharon Shoesmith, although she did no harm to the child.  The parent and step parent did everything in their power to keep authorities away from Baby P, with lies and clever ploys to conceal bruises and injuries (including smearing him with chocolate). 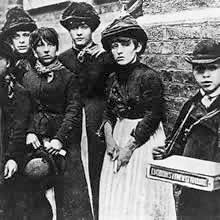 Ed Balls was a senior Labour government minister.  Employment law in the UK, that protects people from arbitrary decisions by management, was developed over many years, partly because of the pressure exerted by trade unions in support of their members.  The Labour Party is largely funded by trade unions and is, historically, the party of working people.  However Ed Balls behaved like a Roman emperor condemning Christians to the lions with an autocratic judgement.

The only reason Sharon Shoesmith received a payout is because Ed Balls did not follow due process and effectively deprived the woman of the means to earn her living, without any opportunity to give her side of the story.

I wish to complain to the Universities of Oxford and Harvard.  They both conferred higher education degrees on Ed Balls, implying that the man can think.  I disagree.

We have form in this regard.  Victoria Climbie was a little girl who was placed with relatives in the UK so that she could have an education in England.  The parents lived in the Ivory Coast and did not go through a formal adoption or fostering procedure.  Victoria was abused and killed by her carers.  No one remembers the names of the aunt and her partner who killed her.  A junior social worker was blamed and can never work with children again.  None of her senior managers were held to account, nor the Minister responsible for children or social services. 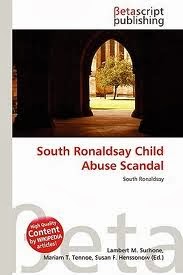 I believed that public services should function well and be held accountable.  However I realise that they can only achieve so much, given the duplicitous nature of abusers.  We also had a notorious case where social workers were condemned for being over zealous (damned if you do and damned if you don't). 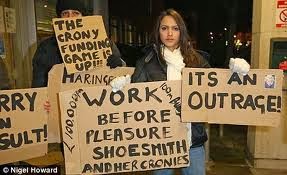 The worst aspect of these cases is the behaviour of hypocrital politicians like Ed Balls, who appeal to tabloid headlines, but fail to admit to their mistakes.  I think this is known as dog whistle politics.

Ed Balls, you screwed up.  If Ms Shoesmith received a payout, it's because of your mistake.