The Co-op Bank and the long grass

'If an issue or problem is kicked into the long grass, it is pushed aside and hidden in the hope that it will be forgotten or ignored'. 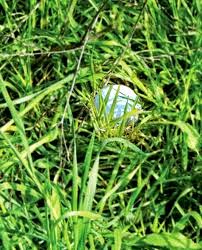 Origin:  'kick it into the long grass' is golf-derived, essentially describing a form of cheating:  a player whose ball lands in the rough so as to be unplayable without adding multiple strokes to the hole can cheat by kicking the ball out-of-bounds into the really long grass and take a one-stroke penalty for a lost ball. 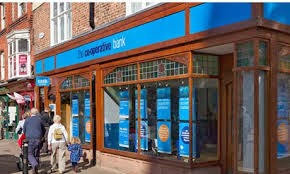 This is the story of elderly people, who worked hard, built up savings and then invested with a traditional institution they trusted, the Co-operative Bank.  They shop with the co-op, buy insurance with them, travel with them and have probably bought a funeral plan with the same company, ie the Co-operative Group.

The bank built up a £1.5bn debt through maladministration.  Part of this occurred when the Co-op Bank merged with Britannia Building Society, relying on 'due diligence' by accountancy firm KPMG, and found they'd bought a turkey.  Another loss was incurred in a failed attempt to buy branches of Lloyds bank, (an enforced sale by the government).  This was Project Verde.  TSB has now come back from the dead to run the branches as an independent bank.

I could have told the government, regulators and the Co-op Bank that it would end in tears.  If the idea was to create an enlarged bank on a par with the big boys, then something was missing.  If you visit a branch of the Co-op Bank today, you'll find they are still inputting data from cheques manually, rather than swiping the digital codes as their competitors do.  That's a non starter for a grown up bank.  One former executive reports that the Co-op Bank consistently refused to agree investment in major IT renewal.

The Co-operative Group claims to be independent of the bank and have no responsibility to bail it out, as it is not a financial holding company.  Strangely the Co-op Group Chief Executive, Euan Sutherland, seemed to be steering the bank through capital appraisal, recapitalisation plan and negotiations with the regulator culminating in similar announcements from both on 14 June 2013.  Mr Sutherland was hastily co-opted onto the bank's board as a non-executive director some time later.  The regulator told Co-op retail customers 'You're on your own'. 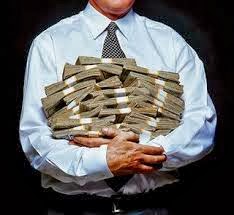 The big plan was outlined as a way to take a load of money off retail investors, who seemed to be a bunch of casino gambling customers in the eyes of the Co-op senior management.   Co-op bank executives seemed happy to lend money at low rates to a near bankrupt organisation, the Labour Party, while planning to fleece loyal retail customers of their hard earned life savings.  Representations were made to the bank, the regulator and the Co-op Group but fell on deaf ears until commercial investors (hedge fund managers) moved in for the kill.

Retail investors are still not invited to any of the talks on recapitalisation.  Mark Taber, of the action group, called for a Hardship Fund to be set up.  It seems as if this may happen without involving retail customers.  The idea is to split retail investors into hardship/non-hardship cases, with someone acting as God and making life changing decisions. 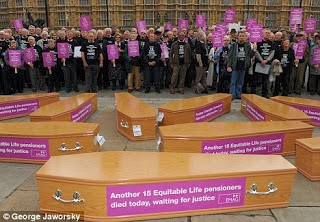 This reminds me of the case of Equitable Life.  People were encouraged to manage their own investments and pensions.  Rumours developed that Equitable Life was in big financial trouble.  A statement was made in Parliament that all was well.  Insiders allege that politicians extracted their investments from the company.  Ordinary investors waited in vain for years for compensations, many dying without redress in the interim.  They were characterised as wealthy people who didn't need the money.  I still meet Equitable Life investors who are in hardship as a result of the failure of the company and financial oversight by government and the regulator.

One member of the regulatory staff, Andrew Bailey, raised concerns as early as mid 2011, but was ignored.  The Bank of England redacted paragraphs from its report, that would reveal the state of the banks finances, leaving retail investors in the dark.  There is some indication that government pressure led to regulatory failure to protect customers. 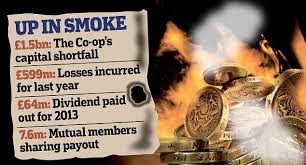 Lord Myners, Jess Norman MP and colleagues have worked hard to interrogate regulators and senior figures in the Co-op Bank and Co-operative Group in the House of Commons Treasury Committee.

Ed Miliband, Ed Balls and Labour MPs have been silent about the Co-op Bank and not responded to queries from constituents.  The preferential Co-op Bank loan to them at a time of fragile party finances seems to have caused them to forget core party principles.  Labour are focusing on press regulation and utility bills and ignoring elderly people about to lose their life savings. 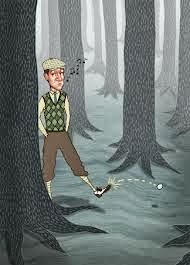 Mark Taber has outlined this, with supporting evidence, in his open letter to Sajid Javid.


HM Treasury states that this is a private matter between Co-op bank and its bondholders.  It does not intend to use its powers to investigate the actions of the regulator.

The Bank of England concealed information from the public.  The regulator colluded with the bank in concealing the capital shortfall for 2 years.  The regulator authorities ignored the warnings of one of its own senior staff.

Is this a private matter between the bank and its bondholders?

The FCA (regulator) has taken no action to investigate the Co-op Group or Co-op Bank.

Mr Wardle misled a shareholder's meeting in May 2013.  Mr Sutherland exercised powers to which he was not legally entitled, determing policy for a bank in which he had no position.  Bank and Co-op Group executives overreached themselves, ignoring the warnings of peers, plunging the bank into huge financial losses.

Is this not a matter to be investigated by the current regulator?

HM Treasury is referring bondholders to the Co-op Group's own 'independent inquiry.'

Commentators allege that Project Verde was instigated by senior people in government, who put pressure on the bank and the regulator to carry on despite warnings about the state of Co-op Bank finances and capacity.

Is pressure being put on HM Treasury to deflect attention away from government?

The Co-operative Group has commissioned an 'independent inquiry'.  This has no status or powers and does not include retail investors as stakeholders.  The remit does not include investigations into the Co-op's dealing with the regulators, nor the false market established by concealing information from the public.

In the UK we are familiar with inquiries as a great way of showing that something is being done.  Questions can be batted away with 'Let's wait for the results of the inquiry', which may take years.  The heat is off and those involved in dodgy dealing can escape scrutiny.

MP Sajid Javid is a new appointment to the Treasury.  He is an able young man, who is grappling with the issues surrounding the Co-op Bank.  Much rests on his ability to go beyond strict compliance.  Many hope for great things from him.  I reserve judgement. 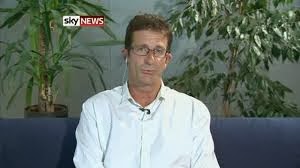 Update:  Many thanks to Mark Taber for an interesting piece of news.

Euan Sutherland, Group Chief Executive, has made an announcement that includes the words 'small investors'.  Now we don't know exactly what he means by this term, but it is a tiny step forward in a hard fight to accept liability for maladministration and avoid fleecing the unwary.

Further update:  US Hedge Funds have driven a hard bargain in the re-financing deal.  The Co-operative Group say they will still be the largest overall shareholder with a 30% stake.  They won't control the bank.  In my experience of other US mergers/take-overs/re-financing deals, the original owners find it tough to deal with the US incomers.  In my experience as a retail customer of such organisations, the US parent companies tend to run the organisation into the ground and extract as much profit as possible for little beneficial input.  There are probably exceptions, but I am not optimistic about the future of the Co-op Bank for customers.

Nor is another blogger, who has written about the interesting history of the 2 Hedge Funds now controlling Co-op Bank:

'But make no mistake, Sutherland and his fellow Board members will be on a very short leash. They must return the Co-Op Bank to profitability within a very short time - otherwise the hedge funds are likely to turn nasty. They will not hesitate to asset-strip the Co-Op Bank if the management fails to meet the profitability targets that they expect. And as between them they DO have a controlling stake, they can unquestionably do this. Sutherland's statement was made with a gun to his head.'