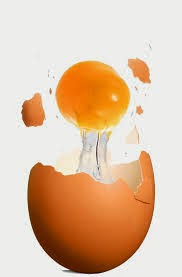 The Parliamentary committee for Energy and Climate Change met today to grill the Big Six energy retailers on prices charged to the consumer.  They were of one voice complaining about costs and recommending the scrapping of environmental taxes as a way of reducing prices.  Simon Carr gives a good account of the light coddling provided by MPs of E.ON, British Gas, NPower, EDF, Scottish Power and SSE.

One voice offered a different story.  Ovo is a small energy company.  Stephen Fitzpatrick, the Managing Director, said he was confused by the large price rises demanded by the Big Six, given that wholesale energy prices had dropped since a high in 2011 (and were lower than in 2009).  He seemed to suggest that they're running a cartel.

Great marketing for Ovo Energy.
Posted by Suzanne Looms at 12:03