I encourage my students to include metaphors and analogies in creative problem solving. One of the reasons is that a good metaphor can be sticky and stay in the minds of colleagues much longer than wordy powerpoint presentations or reams of data.

One example of how this works in society is the notion, now shared by most primary school aged kids, that saturated fat clogs our arteries (like chip fat poured down the drain) and makes us fat. If this were so, then it should follow that all our cars would become clogged by the oil we regularly pour in their engines.

If you stop someone on the street and ask them to explain evolution, they're likely to describe it as survival of the fittest an evocative description of how random mutation works in evolution championed by biologists such as Richard Dawkins. 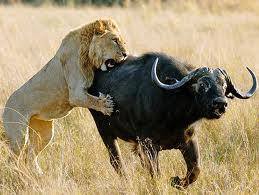 The biologist Lynn Margulis died in November. It took nearly a decade and 15 rejections before the Journal of Theoretical Biology published her paper presenting the process known as symbiogenesis, by which organisms cooperate in development rather than always competing. One of the examples she cited was mitochondria, which are organelles within cells that generate most of the chemical energy needed by the cell. Mitochondria have many properties characteristic of bacteria (including reproduction by binary fission) and their DNA resembles that of bacteria.

One example in the human body is the appendix, which was thought to be a vestigial organ from the days when we ate rabbit food. Bill Parker, Professor of surgery and Duke University School of Medicine, is undertaking research that indicates the appendix may be a reserve of beneficial bacteria for the gut (symbiosis in action.)

In creative problem solving, sticky metaphors can lure colleagues away from rigid thinking to consider the status quo from a new, more dynamic angle that leads to critical thinking and action. In a previous post I mentioned the power of animal metaphors in describing the state of the company. The animal can help us talk about company problems without personalising them. 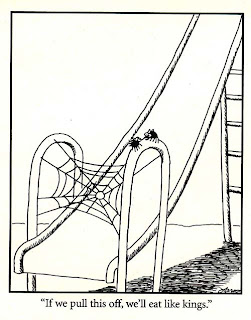 During a creative problem solving workshop a comic analogy (such as the above Gary Larson cartoon) may arise that seems to have no benefit or use in the process. If it persists, I encourage the group to revisit it and consider how it might contribute to the challenge at hand.