Her Majesty's Opposition are scornful of David Cameron this week, because he has not slashed Stephen Hester's bonus. 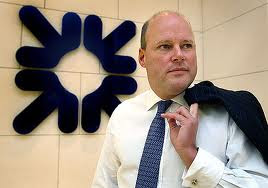 When the Royal Bank of Scotland was saved from collapse by government investment, Hester was brought in to bring the bank back to solvency so that it could be resold and public money returned to the Treasury. HMO, who were then Her Majesty's Labour Government, designed the contract, by which Hester received a relatively modest salary, but a substantial bonus awarded for meeting specific targets. The aim was to motivate Hester to perform, rather than sit back and draw a comfortable salary. He has exceeded those targets, behaved with great honesty and openness, thereby restoring some trust in the banking industry.

I sincerely hope that the Labour Front Bench, Gordon Brown's former bag carriers, are not now suffering from early onset dementia affecting their short term memory. That would be a tragedy indeed.

David Cameron made a firm statement about excessive bonuses paid to directors when companies were failing. He criticised bonuses collected for poor performance. Stephen Hester has performed well in difficult circumstances and is entitled to receive his bonus.

I hope the Prime Minister was referring to examples such as Conygar, a small property investment company. There was uproar at the recent AGM when directors awarded themselves substantial bonuses. 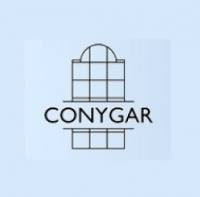 Was this as a result of diligent acquisition, development and sale of properties?

The directors had merely sold and bought shares in the company, which, on paper, gave the impression of expansion and increased profitability. In effect they were rewarding themselves for churn, that old trick of financial advisers and investment fund managers (as well as some fiddling with the figures). 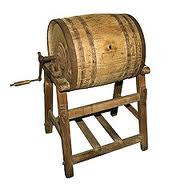 One of the problems was that the majority of shareholders were large institutions, many of whom seemed to have some link to the remuneration committee or were indifferent to the decision. One representative shrugged and likened these directors to Premier League footballers accustomed to garnering astronomical salaries. The majority of action to block the bonuses was taken by small investors. There seem to be 3 large institutional shareholders and only one of these, Aviva, voted against the remuneration package. Cameron needs to consider the cosy old boy network of boardrooms and institutional shareholders to prevent future abuse.

Perhaps more effort needs to be made to out those institutions that collude with bad practice and to publicise the efforts of companies like Aviva in upholding probity.

Perhaps Eds Milliband & Balls believe that the British public are stupid and have no idea what Labour did whilst in government, nor how to distinguish between rewards for performance and naked greed.

The Big Con is not the reward given to Stephen Hester for his excellent performance, but lowdown dirty dealings in an AIM company boardroom remuneration committee (and other similar examples.)
Posted by Suzanne Looms at 11:42