I started this series with an example of a dominant paradigm and control exerted by the Church to maintain it.

In Scandinavia the nutritional Inquisition is alive and well in the form of a backlash from dietitians against those who challenge orthodoxy.

In Sweden Dr Annika Dahlqvist withstood 2 attempts by dietitians to have her struck off for putting patient safety in jeopardy by going against advice given by the National Food Administration and promoting a low carb/high fat diet. The Swedish National Board of Health and Welfare investigated and dismissed the claims in both cases after receiving expert research findings and witness statements. Elisabeth Johnsson brings us an English version of Dr Dahlqvist's blog.

LC/HF is popular in Sweden and supported by a group of practising doctors. Colleagues in Norway and Finland are also spreading the word.

Uffe Ravnskov was a Danish scientific researcher until he had an unpleasant encounter with orthodoxy:

'In 1977 I discovered that one of my co-workers had falsified part of his PhD thesis. Whistle blowers are not welcome in the academic world. So, instead of excluding the fraudulent researcher it was my research that was questioned. Finally I found the resistance from my superiors intolerable and decided to go into private practice.[4]'

He published 'The Cholesterol Myths' in Sweden in 1991. His research also demonstrated ways in which animal studies cannot be generalised to apply to humans because of the different ways we process nutrients (in this case the way proteins are dealt with by the kidneys.)

In discussing heart disease he said:

'Most researchers to-day in this field agree that inflammation of the arterial wall is the start. The crucial question is, what starts the inflammation? As cholesterol has been demonized for so many years we have not been able to clear the blackboard and rethink... all studies of dead people have failed to show an association between their intake of saturated fat, or their serum cholesterol, and the degree of atherosclerosis. People who avoid all saturated fat and who have low cholesterol become just as atherosclerotic as people who gorge in animal food and whose cholesterol is high.

Another misconception is that atherosclerosis is a disease. When arteries become inflamed the body immediately starts a repair process to strengthen the vascular wall. Smooth muscle cells proliferate, fibrosis follows, and later, if necessary for further strength, cholesterol and calcium are used for reinforcement. This is in particular important in the coronary arteries because due to the steady movements of the heart and the negative pressure at their outside they have to be stronger than for instance arteries running to the intestines or inside bony channels. Inflammatory processes go on now and then already from childhood; it is a natural defence mechanism and atherosclerosis should therefore be considered as scars, remnants from a long life's combat with noxious chemicals or microorganisms....I think that the final attack is caused by microorganisms, but this is not the only answer. Any factor that weakens our immune defense may facilitate the growth of microorganisms, also at the inside of our vessels. These factors may be environmental (toxic compounds) or nutritional. There is much evidence that microorganisms may play a role. I published a review about this issue a few years ago. This paper[29] has since long been one of the most-frequently read article in that journal.[4]'

Many years ago I had a conversation with a guy at a party about some of the therapeutic work I do. He was vehemently opposed to hypnotherapy and believed that living in an evangelical religious community was the only way to resolve problems and achieve good mental health. I tried to change the subject or suggest that we could agree to differ, but the man continued to harangue me in the hope of convincing me to accept his views.

Sometimes I'm reminded of his approach when reading or listening to some of the material on the internet produced by people who advocate a low carb high fat diet. 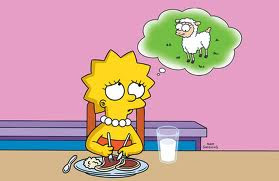 Vegetarians and vegans may be attacked and derided for their beliefs and choices, for example.

People who differ in their view of the acceptable quantity of animal protein and saturated animal fat to consume may also be criticised for not accepting the truth (according to LC/HF beliefs).

Tom Naughton strives to educate his readers and viewers in how to filter out poor science reporting. He distinguishes between observational and controlled randomised trials and clarifies the difference between correlation and cause and effect. He also comments on lies told by scientists.:

Dr Robert Lustig reminds us that people around the world have maintained a healthy weight on every type of diet (high fat/low carb and low fat/high carb). Not everyone is the same and genetics may play a major role in how we process food. Some individuals have a low tolerance for fats and cannot consume a high fat low carb diet without risking their health. He continues to research and challenge previous findings.

Chris Masterjohn is a phd student at the University of Conneticut. He strives to present research findings in relation to diet, fats and health in an honest and rigorous manner on his blog, the Daily Lipid. Here he tackles a sacred cow of the movement by challenging some of Dr Robert Lustig's statements about fructose.

Petro Dobromylskyj is a vet who also blogs about fat, health and diet on Hyperlipid. He eats a high fat diet and continues to scrutinise the science, rather than accepting current LC/HF orthodoxy without question.

These 4 people encourage us to think and continue to challenge accepted ideas.

The man I met at the party did not seem secure in his beliefs, hence his need to recruit me to the cause.

It would be a pity if low carb/high fat became a fanatical dogmatic religious cult rather than a group dedicated to promoting rigorous scientific debate.

If you visited this post from another site, you might like to read other posts in this category by clicking on diet.
Posted by Suzanne Looms at 17:29