The Co-op Bank is in trouble.  This institution was founded to help its members and run on ethical lines like the rest of Co-op Group. 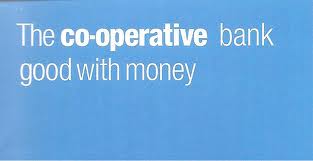 Unfortunately senior management did not exercise due diligence.  Money was lost and the bank was declared at risk by the authorities.

The Co-op Group will back the bank, but will not pay the debt.  The plan is to scalp certain investments by Co-op Bank members (in a similar way planned by Bank of Ireland when it got into trouble.)

I was assured by a manager that I would not be affected.  I hold an account with the bank, but neither bonds nor preference shares.  I was also told that the offenders had left the bank and were not given a golden goodbye.

This member of staff then asked if I'd like to invest some of money I had in my current account.  I replied that I planned to transfer everything above the limit guaranteed by the government, as I no longer trust Co-op Bank.  The shocked look on this woman's face spoke volumes about the naivety of Co-op Bank.  "But your account won't be affected.  Why transfer?"  I told her that I would act in solidarity with all the ordinary people who trusted Co-op bank for years and who were about to lose their life savings because of the mistakes made by senior management. 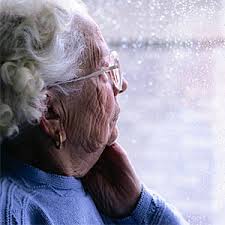 The Co-op Action Group is rallying support for those affected by the plan.  Here is one comment by its founder:

'I get seriously angry when I receive letters from the children of vulnerable pensioners in their   80's and 90's who put all their nest egg in Co-op preference shares when they retired because, for some in that generation, the Co-op was a way of life (they banked, shopped, did business with the old Co-op Societies etc) and they trusted it implicitly.  As above these preference shares should not be included.  And this is coming from an organisation which prides itself on the following values:

Equity - we carry out our business in a way that is fair and unbiased?

Openness - nobody's perfect, and we won't hide it when we're not?

Honesty - we are honest about what we do and the way we do it?

Incidentally all the press stories which could cause a run on the Bank (which is the biggest risk of the resolution) such as resolution if bondholders do not agree to the Bank's plan, bonds being rendered worthless, Group debt covenants being fully stretched etc have been planted by the Co-op and not us.  Makes you wonder what they really wants!'

Mark Taber has helped fixed income investors, who have had problems with other banks.  He is now actively gathering information and ideas to rally support for those who fear the loss of their life savings.

Fixed Income Investments is his website and this is the page for the Co-op Bank Retail Investors Campaign.
Posted by Suzanne Looms at 13:45