Over the years I've had conversations with people about dietary changes that may improve health and weight.  I can spot the slow, mocking smile that precedes a few typical comments.

I can cite research papers or wave books full of evidence in front of their faces, but it makes no difference.

Sometimes the speaker has a favourite guru such as Ben Goldacre.  If he doesn't write about specific nutrition to address heart disease, then it's wrong.

Often I'm in conversation with a psychologist or psychiatrist who works with the health service.  They betray interesting fixed beliefs and convoluted logic.

'I've never heard of it.  The Department of Health advocates the opposite.  Therefore this idea is wrong.'

'If this approach worked then all doctors would be using it.'

2 examples illustrate the limitations of this reasoning:

Ancel Keys concluded that a high fat diet led to higher rates of death from heart disease in 1956 based on the Seven Countries Study.  It appears that the data was extracted from a 100 countries study.  Keys selected 7 countries to support his hypothesis, when other countries contradicted it.  This is known as confirmation bias.


Unfortunately Keys' report was used as the basis for government health recommendations on low fat high grain diets, which many believe to have contributed to obesity and rising rates of heart disease.

Joan Jerome went cold turkey after living a zombie-like life on 9 prescription drugs.  She founded Tranx to help others come off minor tranquilisers and anti-depressants of the benzo family. 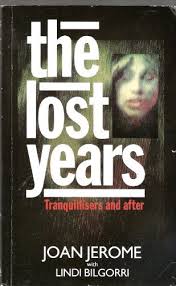 Her work was swiped and copied by media people and high profile doctors.  They produced documentaries and books which included her list of side effects and symptoms, as well as treatment protocols.  The organisation was successful in changing medical practice and prompting drug companies to develop the Prozac generation of anti-depressants.  Every doctor with whom I've discussed withdrawal from benzos, repeats her protocols verbatim, as if some university researcher or pharmaceutical company had devised them.  Joan Jerome is not credited with this work.  Unfortunately people are still struggling with the effects of benzo addiction.

N = 1 or the use of self as a research subject is derided.  Double blind studies are the gold standard, but rarely the starting point for any useful and testable hypothesis.  Both Jimmy Moore and Seth Roberts use and encourage N = 1 experiments.  Seth also favours checking the medical evidence for doctor's recommendations.

I've found that my scornful conversation partners have never investigated health matters and come up with their own hypothesis.  Sadly they seem to believe governments or a single guru without question (or much thought.)
Posted by Suzanne Looms at 09:42