Dr Robert Lustig and colleagues have done robust research on insulin levels and obesity. He has also highlighted the similarity between alcohol and fructose in the way they are metabolised by the liver (as well as their addictive quality).

Here he ponders the question of how to reduce the huge consumption of sugar in the USA and its direct link to the rise in obesity.

There's a tension between the idea that the individual is responsible for their own health and the development, over decades, of government interventions to shield people from harm.

In the West we have controls on ingredients of household substances, such as lead in paint. There are restrictions on the exposure to radiation, since research has demonstrated that even low level exposure from X-rays may be harmful. New laws enforce the wearing of seat belts in the front and back of vehicles and there are measures to prevent people from driving a motor vehicle when intoxicated. Governments enforce controls on the advertising and sale of tobacco, including health messages on packaging and restrictions on smoking in the workplace. This change evolved slowly and there notable examples of government reassurances on safety before evidence made them change their stance. 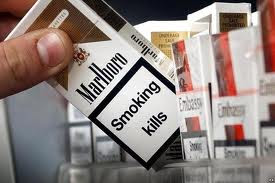 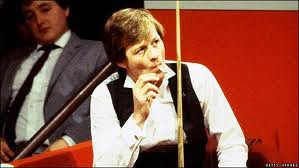 We also have restrictions on the marketing and sale of alcohol. Sponsorship of sport by tobacco and alcohol companies is discouraged. It used to be commonplace to see snooker players smoking during play. Sadly, Alex Higgins suffered the effects of the habit.

Lustig argues that sugar and fructose (particularly in the form of high fructose corn syrup) is as dangerous to health as alcohol and should be discouraged. He cites an example of where lobbying scuppered one campaign in the USA. If Congress and Senate seats are at risk from companies involved in this area, then it may take other measures to produce the necessary change and legislation. In the UK we have a recurrent problem with science journalism and lack of rigour in presentation of findings which contribute to government policy.

Dr Lustig is notoriously unwilling to spend much time on popularising his work, preferring to do the research and influence his medical colleagues. I assume that the latest video may be an indication of his frustration and the difficulty of making a breakthrough without a groundswell of public opinion.
Posted by Suzanne Looms at 09:07