That's the gloomy view of some forecasters in the UK. We hear daily reports of job cuts and business bankruptcies.

I find it interesting to listen to other voices, beyond the mass media and Opposition party politicians.

One City Trader has been saying for some time that business debt is being closely managed and that figures for the economy are all improving. A BBC radio 4 programme gathered together senior business people who seemed to agree with this view.

All of the business leaders said that they'd avoided cutting staff. They agreed on some simple rules for success: Look after your cost base and re-structure in the good times, but don't cut in a recession if you can avoid it. You'll need good people to take advantage of opportunities as the economy starts to recover. It's more expensive if you cut and then rehire.

Part of the discussion centred on the rapid progress of Germany out of recession and considered how their manufacturing base has done so well. 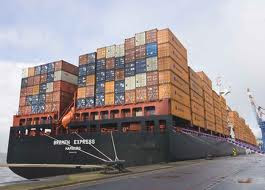 Collaborative approach to business between management and labour unions was one of the factors mentioned, along with medium sized businesses that focus on a single niche product. The overriding factor seemed to be the rapid move into global selling. This was contrasted with the British norm: first establish a firm market in the UK and then consider expanding overseas.

Maybe we could learn something?
Posted by Suzanne Looms at 14:47