I wrote about the death of Seth Roberts in April.  He was an interesting character, who challenged shoddy statistical analysis and scientific generalisations.  His selection of interesting articles posted regularly on the blog prompted much discussion and further investigation by those interested in improving their own health. 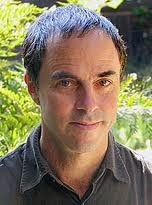 I sometimes felt uncomfortable about his self experiments when he took interesting results from a brief trial and generalised from them.  He'd been experimenting with eating honey or sweet things before bedtime to aid sleep.  This led to some curious conclusions from Seth and his readers about the way sugar had been 'erroneously demonised'.  I wondered about his dental health as well as the impact on those with diabetes who followed his advice. 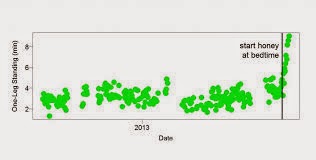 Paul Jaminet has written a nice appreciation of Seth Roberts, which looks at the strengths and weaknesses of his approach to science.  It's well worth reading.

The post starts with an announcement:  'The cause of death was occlusive coronary artery disease and cardiomegaly.'  This is based on a blog post by Seth's mother, which gives the general cause and states that more detail are expected later in the year.

'But Seth was wedded to experimentation as a scientific methodology. This worked well as long as he was using sleep quality as a biomarker, since sleep quality is close to 100% correlated with health. He entered riskier ground, I think, when he selected reaction time as a biomarker to optimize. I doubt this has a simple relationship to health; I suspect one can improve reaction time while damaging health. And when optimizing this biomarker led him to consume large amounts of butter on top of large amounts of flaxseed oil, I think he should have recalled the arguments of our book, and been more persuaded by them than he was.'

I've read a lot of Seth's posts and his own diet book.  I'd understood that Seth started with sugar water and then light, flavourless olive oil as a weight loss aid.  He'd switched to butter and added flaxseed oil to improve balance and gum health.  I'm not sure how Paul defines 'large amounts' as I did not gain this impression from my reading.  My biggest concern is that Paul Jaminet is focussing on the fat intake and ignoring the rest of Seth's diet.  It is not clear to me that Seth stuck rigorously to a low carb or paleo diet. 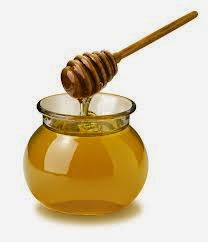 I'd be very concerned if people concluded that there was a cause-effect relationship between his fat intake and the blocked arteries and enlarged heart, without considering other dietary components and lifestyle aspects.  We don't have conclusive proof about what caused the heart disease.  Correlations are not causes.  Just because people carry umbrellas when it rains does not mean that umbrellas cause rain.