Euro election 2014: handsome is as handsome does

On Thursday we voted in the EU election for MEPs.  After a long internet search, I discovered the candidates, but not how they'd appear on the ballot paper (more of that later).

I'm cynical about election manifestos and party commitments, having seen promises broken every year, including the pledge to hold a referendum on the revised EU constitution.

I wrote to my MEPs for London on 21 January this year, expressing concerns about Georgia's interest in joining the EU.  In Georgia homosexuality is legal, yet the head of the church's followers advocate killing gays and a young gay man was recently murdered in the capital Tbilisi.

Syed Kamall (Con) responded asking if I'd like him to submit a Parliamentary question to the European Commission about this issue.  I agreed and he sent me a copy of the letter of to the Commission. 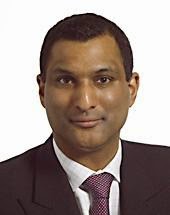 Marina Yannakoudakis (Con) twisted my question and answered about the right to gay marriage (which I did not even mention.)  She dismissed the idea that gays are threatened or murdered in Georgia.  I responded with a list of links to articles (gleaned from a cursory Google search), but answer came their none.

['The recognition of gay-marriages is not a pre-condition of EU Membership. If it were, then current EU Members may face problems since some do not recognise such marriages'.  'As for your words on "persecution and killings" of LGBT people in Georgia, I have found no similar reports of such incidents, so I would be grateful if you could provide me with further information so that I can investigate this alleged matter.'

'I'm sorry that you are unaware of the situation in Georgia for gays and lesbians and have been unable to find evidence for my claims.  As for examples of death threats an injury to gays in Georgia, here is a small selection via  cursory Google search:

What was behind Georgia's anti-gay rally?

In Georgia, a grisly murder highlights vulnerability of gay people

Georgia:  time for homsexuality to come out of the closet?

This is the oldest report:

Jean Lambert (Green) responded with a clear and concise account of her position and upcoming vote on the 'Lunacek report', a roadmap against homophobia and discrimination on ground of sexual orientationa nd gender identify for the EU. 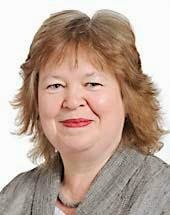 Charles Tannock's (Con) response was brief, but asserted his position as a longstanding friend of Georgia who shares my concerns about human rights and civil liberties in Georgia.

Claude Moraes (Lab) sent a long reply, but confirmed his (and the Labour party's) position as committed defenders of human rights.

Mary Honeyball (Lab) acknowledged my email and said she'd get back to me.  Nothing more arrived from her.

Sarah Ludford (Lib Dem) sent a long reply with an extensive history of action in the EU on homophobia and human rights.  She concluded with a paragraph on Liberal Democrat policy on the issue.  This was the most detailed response of all. 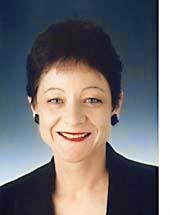 Gerard Batten (UKIP) has still not acknowledged my email or replied to it.

I discovered that I had ONE vote and could only pick a political party.

I could not, in all conscience, vote Conservative with the views of Marina Yannakoudakis, however much I admire Syed Kamall.  Labour, with one non-response and one party political puff, could not get my vote.  Green, with a good response on this issue, could not be trusted on the economy.  UKIP keep the other parties on their toes, but Mr Batten is not doing his job.  Sarah Ludford sent the most comprehensive response, though I'm not too keen on other aspects of her party's work, particularly in relation to sexual abuse and harassment of staff and constituents.  I'd prefer to be able to vote for people I support and exclude those I don't.

Update:  Here are the UK results for the European elections.

Lazy Mary Honeyball and Gerard Batten are still in, but hard working Sarah Ludford is out.