I was wrong.  There are small signs that some people are beginning to see sense.


Dr Oz has invited Dr William Davis on his show as a guest and treated him respectfully in discussing the negative effects of wheat on health.  He has also discussed cholesterol truths with Jonny Bowden in a recent programme. 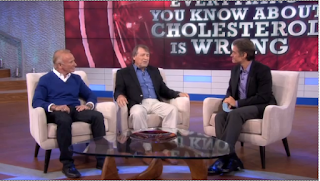 More research results are being published about the effects of insulin in fat accumulation and obesity in both insulin sensitive and resistant individuals, though there isn't universal agreement on what these mean.

Today I read that an endocrinology professor at John Hopkins Medical School has challenged the lipid hypothesis using exerpts from 'Supersize me' and 'Fat Head' films to stimulate debate amongst his students.

I imagined that medical students at a prestigious medical school would participate in this discussion with energy and enthusiasm.  Apparently not.  Most students started to leave and muttered disapproval as they did so. 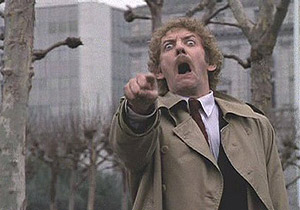 Perhaps 'Invasion of the body snatchers' has come true.  Maybe mass indocrination from an early age has worked and students of higher education are no longer interested in seeking truth or engaging in science, just received opinion.