This is a time of great change in Georgia.  The new parliament will move from the capital, Tbilisi, to Kutaisi, Georgia's second city.  Parliament will also preside over a new constitution, which seeks to limit the power of the President in favour of the Prime Minister and government of the country.  Presidential elections will take place next year. 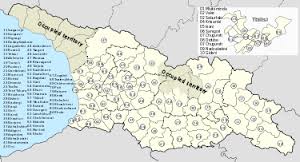 From the outside, I see this as a battle between 2 sides:  President Mikhail Saakashvili and Georgian Dream leader, Bidzina Ivanishvili. 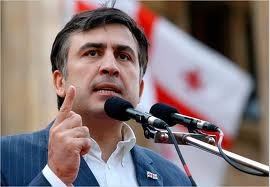 In the blue corner is Misha, the man who led the peaceful Rose Revolution and enabled Eduard Shevardnadze to step down as President in 2003.  His United National Movement party came to power and his team of young MBAs have focussed on finance.  He claims to have protected Georgia from Russian incursions through his alliance with the West, stabilised the economy and restored confidence in the bond market.  He seems to model himself on the 11th century monarch, David the Builder, by initiating a huge wave of construction and refurbishment in Batumi, parts of Tbilisi and the new ski resort around Mestia in Svaneti. 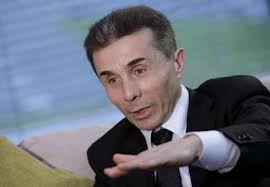 In the red corner is Boris the oligarch, who made billions through computers, push button phones, hotels, chemist shops in Russia.  In 2011 he moved into politics and philanthropy in Georgia, called himself Bidzina, dismissed the importance of his French citizenship and began his challenge to Misha, drawing on his personal fortune for the campaign.  He leads the Georgian Dream party.

Turnout for Georgian elections is usually low, but Monday's vote is expected to be unusually high.  People are demonstrating on the streets.

What are the politicians offering the people?

In the West we'd describe it as negative campaigning.  In LAB Profiling terms, Georgian politicians seem to believe that people are motivated by moving away from the negative (ie what they're against).

Misha implies that Boris is a Russian stooge and would open the door to renewed dominance and opression by familiar political and economic tyrants.  There are questions about how Bidzina made his money and the methods used.

This can be summarised by the following lines:

'And always keep tight hold of nurse, for fear of meeting something worse.'
Hilaire Belloc. 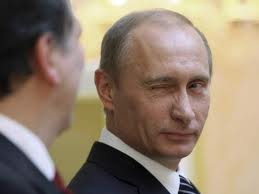 Boris states that he aims to hold power for a couple of years and then return to his philanthropic life.  He implies that he would help wrest Georgia away from tyranny so that it could return to true democracy.

Pictures of Ivanishvili being blessed by the Georgian Patriarch appear daily on the net.  This is the spiritual equivalent of a Triple A credit rating in Georgia.  Misha was characterised as the Anti-Christ early in his Presidency and the pictures are an easy way to imply that Boris is a saint. Cynical Westerns say that this may have a direct connection with the Patriarch's large new golden cathedral in the centre of Tbilis, funded by Bidzina.  This seems an example of 'You scratch my back and I'll scratch yours.'  Questions remain about Bidzina exceeding legal limits on party and electoral funding, implying that he is trying to buy the election. 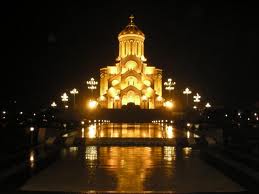 A week ago a blurred video was released that allegedly showed beatings and violation of prisoners.  There was uproar, ministerial resignations and a flurry of activity to attack and defend justice policy in Georgia.  The unstated implication was that such treatment would cease under the godly rule of Boris.

In summary, Bidzina's electoral pitch seems to be:  "I'm not the anti-Christ or 'the Spanish Inquisition' "

There's nothing new about the revelation that Georgia has one of the largest per capital prison populations, with tough sentencing for first time offences.  An early blog post included a Thomas de Waal video that was critical of Misha's regime.

Political and military leaders have been blessed by religious leaders since the beginning of history and I'm willing to bet that most of the tyrants who invaded Georgia had a ringing spiritual endorsement from God, Allah and the gods of Mount Olympus. 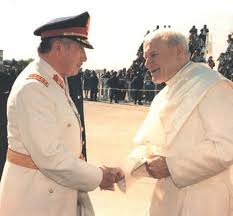 In 1999, Augusto Pinochet, friend of right wing Western politicians, was supported by the Pope, when a Spanish judge wanted to bring him to justice for war crimes.  He penned political prisoners in a sports stadium, famously had the hands of a folk singer cut off (to stop him singing protest songs) and used rodents on women prisoners rather than broom handles on men to violate them.  Beware of cosy endorsements.

Nowhere do I see a clear outline of what each politician promises to deliver.

In LAB terms there is an absence of Towards the Positive (ie what are they FOR).  The Georgian Dream seems to be not-the-nightmare.  In psychological terms it's another version of  'I won't give you a blue elephant.'  The unconscious mind deletes the negatives and you're left with the image of the blue elephant and nothing else.

Misha has a strategy, though many believe that it benefits only his friends and supporters.  I've certainly met ex-patriot Georgians who are reluctant to voice political opinions in case they get back to the government and harm relatives in Tbilisi.  The state has a tight control on the media and mainstream television channels.  Bidzina seems to be generous to some people, but this won't necessarily benefit Georgia and move it forward in a direction that benefits everyone.  There seems to be no overt philosophy or strategy.

Georgian elections seem to come down to one question:

Which is the lesser of 2 evils? 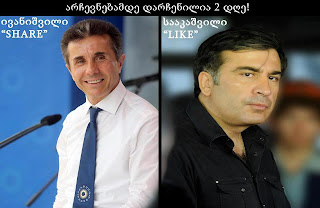 I guess that may lead Georgia to a coalition government, much uncertainty and no solution to severe problems of unemployment and decline in agriculture. 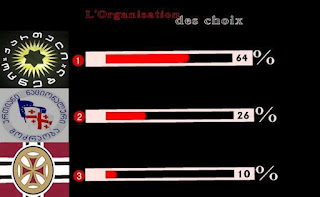 The above poll was accurate and Bidzina's Georgian Dream (coalition of a strange assortment of minority parties) won.  They now form the government.  Next year we find out who will become President.