You must be crazy!

As a boy, Jørn helped his father build and sail small boats. 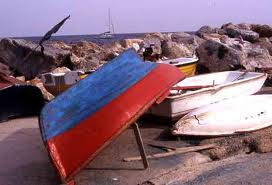 In Denmark he observed the intricacies of the natural world and marvelled at interlocking fish scales and the mechanics of a bird's wing in flight. 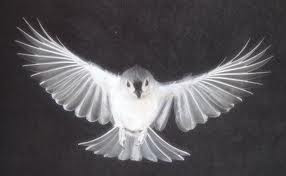 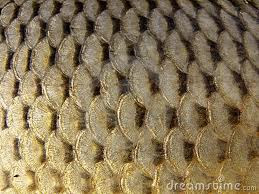 When he travelled abroad as an architectural student, he noticed how these details sometimes appeared in building design, such as intricate interlocking roof tiles on a grand mosque. His observations went into the melting pot and culminated in a visionary design for an important building, which he submitted in open competition.

Jørn's drawings were discarded by the panel early on in the weekend. The Finnish architect, Eero Saarinen, turned up late to participate in judging entries. He worked through all of the entries, including those that had been eliminated, and decided that Jørn's ideas were the most outstanding of the bunch. Saarinen championed Jørn's design until it was finally chosen.

Building was a major challenge. Jørn had not included any engineering slant on how his vision might be turned into reality. Danish Engineers, Ove Aarup and Partners, were brought in to find a solution. However, Jørn had included detailed consideration of elements to enhance sound and performance as well as facilities for the audience, which would take the project way over budget if included. The project was finished without Jørn, as he was thrown off the project in the middle, refushing to compromise on the detail. The building has become an iconic landmark and is famous worldwide to tourists and musicians alike. Much later the authorities began to admit that some of the additional details could be retrofitted, as they would make a significant difference to the quality of the experience.

That is the story of how Jørn Utzon designed the Sydney Opera House. 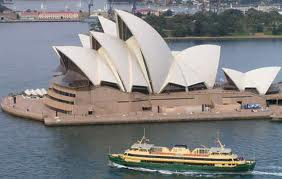 I thought about Utzon when a young Georgian architect friend told me he plans to build a financial district in his country - the City of Tbilisi. There is a long history of visionary architects and planners being thrown off their own projects mid way, so the risks of the undertaking are huge.

Meredith Belbin devised a way of considering how people work together in drawing up his Team Role Inventory. He encourages us to look at the range of functions that must be fulfilled in order to complete a project. Each of us can fulfill one or more roles. We may have functions that are strong, moderate or weak, so it makes sense to work to our strengths and find others who are strong at our weak functions.

Utzon holds the visionary or Plant function. He clearly also thinks through to the consequences of his designs down to the smallest detail, which covers the Completer Finisher function. He probably also carries out the Specialist function, in that he shows little interest aptitude for the areas outside of his own narrow field (including finance and engineering.)

Ove Aarup and Partners were brought in by the government to make Utzon's design work and held the Implementer or Company Worker function. Others sorted out the finance, when the project went well over deadline and budget and held the Resource Investigator role. There was also a driving force to ensure that the project maintained momentum and was completed (Shaper). The Chairperson or Co-ordinator role was also carried out, but seemed unable to manage the external pressures effectively.

Neglected areas seem to be those who detached themselves to check out what was happening in the team to ensure that appropriate decisions were taken (Monitor Evaluator); and those who kept the peace and ensured constructive relations in the team throughout the crises (Teamworker).

Other notable architects manage to stay the course and avoid being kicked off their projects. I suspect that, in some cases, the named star takes the role of Co-ordinator and delegates the Plant and Implementer roles to underlings, who don't ususally share the glory. This seems to be common practice in architectural firms, but Ken Shuttleworth is the most notable example of the mismatch between fame and quality of output. His former boss, Norman Foster, built the company's reputation by tackling small industrial projects in the early days. 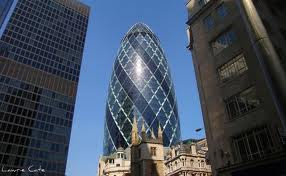 Survivors also include engineering expertise in their designs, so they can demonstrate the HOW of the building and not just the WHAT to prospective customers. Bringing the Implementer role in-house or under their own control ensures that projects don't slip out of their grasp so easily.

Utzon's story also reminds me of how much innovation may depend on luck or serendipity. If he had not found a champion in Saarinen, then we might have a functional, but pedestrian building in Sydney harbour.

As Pinchot reminds us 'Go to work each day ready to be fired.' That seems sober and realistic advice for young visionary innovators starting out.
Posted by Suzanne Looms at 05:24