UK politicians tell us that cuts and economies are painful but necessary. We need to reduce government debt and deficit to secure our position in world markets and ensure that cash continues to flow into the UK and through the economy.

So far so good.

We are part of the global capitalist economy. The focus is on private ownership of the means of production, creation of goods and services for profit in a market. Profit enables businesses to expand and grow. Without profit, companies must cut their coat according to their cloth and trim expenses. 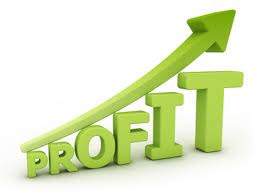 Some UK banks were in trouble and needed government assistance to survive. Some of them stopped paying dividends to shareholders until they were in balance and had made efforts to repay government loans. I have written before about interesting practices used by Bank of Ireland (supported by the Irish government), which included some sleight of hand in dealing with bond holders (who had purchased bonds in other financial institutions, only to find that BOI had taken them over and intended to squeeze them to the limit.)

This post reflects on an interesting new breed of UK capitalism.

It seems that when they don't make a profit but losses, some organisations reduce shareholder dividends, staff wages, capital spending and other outgoings. At the same time, or after a suitably discreet interval, they increase executive pay. A lot. More than the rate of inflation. 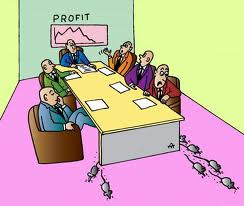 Here's the comment of one seasoned investor on this practice and his lone cry at shareholder meetings challenging the economics and ethics of it.

He quotes the reply of one non-executive to his challenge:

So remuneration committees ensure that executives don't have to tighten their belts in a tough economic climate, unlike everyone else in their organisation. 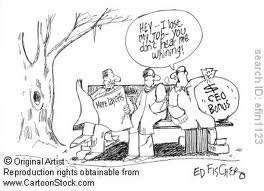 Mothercare is one company that experiences this pattern.

Will Hutton, editor of the Observer, is said to be in the same boat. 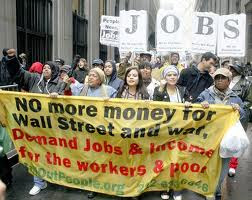 Protests in the United States may spread to the UK. The focus over the Atlantic is banking profits at the expense of ordinary people's jobs. Here the socialisation of capitalism at executive pay levels seems to be a greater concern. If excessive executive pay empties the coffers of the company, the ship is sinking and the boardroom occupants are taking on board more water. Action by ShareSoc is focussed on government regulation. They want to end the practice of directors voting 18x the salary of ordinary workers for new directors and CEO (who probably had nothing to do with any profits generated). Sharesoc are here.

My complaint is a behaviourist one. B F Skinner taught us about reward and punishment through his animal experiments.

If you reward success, it's more likely to continue. If you reward failure, there's no incentive to improve the business or evaluate risk before taking action. 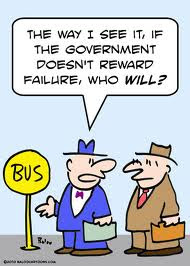 Clearly we're NOT all in this together.
Posted by Suzanne Looms at 08:00