Fitness trainers at the gym often profess to be experts on nutrition and weight loss. Here's an example of one leaflet circulated on the topic. 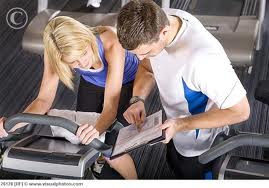 Metabolism and why diets don't work includes a paragraph on body fat percentage and ratio of fat to lean, but does not distinguish between visceral fat (surrounding the internal organis) and body fat (under the skin.) The first is the main indicator of potential problems with heart disease and poses a greater risk than the second.

Guidance focusses on calorie restriction and increased exercise (calories in/calories out). Anyone who has exercised on machines in gyms, that show calorie expenditure, know that much exercise expends far fewer calories than we consume in food. It makes no mention of the effects of different foods (irrespective of calories) and how some people lose weight even when injured and unable to exercise, by changing what they eat.

The section on understanding food labels includes some sensible advice:

'What else to look out for

Slipped in the middle of the list is the warning against: 'Foods that have a lot of fat'

Gary Taubes has demonstrated that saturated fat is important for most people, except the few with conditions such as hyperlipidemia, in his books: 'Good fats, bad fats' and 'Why we get fat'. Saturated fat, such as coconut oil, can be useful in working with dementia. 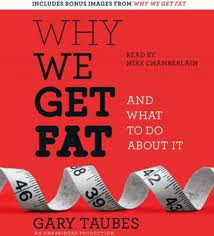 He also challenges the received wisdom about weight loss and exercise, though many acknowledge its role in maintaining insulin sensitivity.

Doug McGuff has some interesting views on exercise and the relative effectiveness of different types on human metabolism:

Petro Dobromylskyj makes a strong case for the central role of insulin in fat gain.

Tom Naughton points out that intelligent people in the West seem incapable of distinguishing good from bad science and the use and abuse of statistics. His lecture helps to explode some of the myths peddled by 'weight loss experts' and gym staff.

There's an interview at the end of Tom Naughton's lecture. He talks to an Ob Gyn, who wants to set the story straight about HRT and explain why one of Naughton's examples isn't so simple.

Questions: Who funds him and his research? What about links between HRT and breast cancer? Why should women take HRT anyway, when dietary and lifestyle changes can help them reduce and deal with natural signs of menopause?

Keep your brain switched on, when watching this segment.
Posted by Suzanne Looms at 06:05