It's NOT a fair cop Guv

In recent days we've had news of a murder and arrest of a neighbour. The man was subsequently released on bail. Looking back on UK murders that received a lot of media coverage, there have been some cases of an arrest, trial and subsequent acquittal, where police have focussed on the suspect to the exclusion of other evidence. On resuming the case, the trail has gone cold.

I think about clients who get impatient with creative problem solving processes and just want to fix the problem in the shortest time possible. They risk PREMATURE EVALUATION and the consequences that flow from poor decision making. They may also suffer from confirmation bias, where they seek to collect evidence that confirms their preconceptions, rather than keeping an open mind. When people were hanged in the UK for capital offences, the consequences of a bad decision could be fatal. This is the still the situation for people with limited means in some States of the USA, as the film 'Conviction' demonstrates.

Nassim Taleb writes about one aspect of the human brain that contributes to such poor decisions. In 'Black Swan' he notes the preference for narrative as a way of organising data and retaining it. We find it easy to recall a story than a series of facts in a long list. 'He was hanging around because he was obsessed with the deceased' is easier to grasp and remember than 'He was in the area at the time; he collected photos and material about the deceased...' may look similar, but the latter statement doesn't point to a single conclusion.

One way to prevent our brain from steering us down a cul de sac is to focus on techniques that help us diverge and gather as much information as possible before we converge and start to draw conclusions. Taleb favours approaches that ask us to look for information that contradicts any tentative early theories we might construct. Police routinely look for an alibi for suspects and witnesses to confirm that they were not at the scene of the crime. I like to encourage clients to look at ways they might mess up the process, so that they remain vigilant about their own practice. They're less likely to continue blundering down a blind alley when they've identified this as a risk and considered how to prevent it.

I don't envy the police their job when they are subject to intense media pressure and constant comment on the internet. Pressure may be one of the triggers that leads clients to rush to judgement, whether it be from stakeholders, bosses, or the finance department. One of the elements of robust creative problem solving is how to manage pressure and expectations effectively so that good decisions can be made. 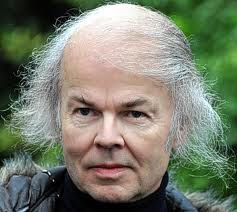 Newspapers have been fined for contempt of court in articles about Christopher Jefferies, referred to at the start of this post. He was later released without charge and was found innocent of any involvement in the murder.

Premature evaluation by newspapers may well have damaged this man's reputation and hampered the investigation.
Posted by Suzanne Looms at 15:25