That is the battle cry of Brexiteers, particularly followers of far right, neo Nazi, Tommy Robinson of the English Defence League.  They line the streets at Remain marches, but hide their faces from the media when involved in dubious acts.  Tommy is in prison for various criminal acts including intimidating witnesses at a criminal trial.  Nice to know that Roseanne Barr and a relative of Meghan Markle are both fans of this man. 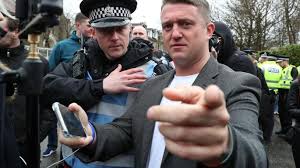 After the 'You lost get over it' comment they ask 'What do you want a best of 3?'

Brexit supporters omit any mention of the first referendum on Europe in 1975, when we voted with a majority of more than 32% to remain in the Common Market.  Apparently a majority of less than 4% in 2016 to Leave the EU is a greater representation of 'the will of the people' to both Labour and Conservative parties than the previous resounding majority in the 1970s.

No minimum thresholds were set for voter turnout or for the level of majority needed for a major constitutional change.  MPs were told this was merely an advisory vote.  MPs then said:  'We took the advice.'  That is not a great way to run a Parliamentary democracy.  The government had no plan, strategy or impact assessments prior to the referendum.  We have had 2 years of chaos in negotiations, with both red and blue parties demonstrating their ignorance of EU law and the treaties we agreed with the EU.

They also ignore the mounting evidence of fraud by the Leave campaign, collecting money from foreign donors, setting up various groups, that were all controlled from the centre, which was a way of exceeding spending limits by pretending these were distinct entities. 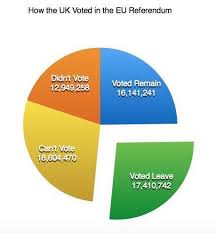 Arron Banks and Andy Wigmore treated Parliament with disdain, when asked to explain this breach of rules, treating it as a joke and walking out halfway through the session.  So much for democracy and 'taking back control'. 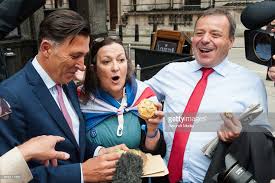 In June 2017 we had a snap election, which the Prime Minister called in order to gain a large mandate for her Brexit approach.  Politicians regularly tell us that people didn't elect either Remain party.  They omit to say that neither red nor blue major Brexit parties won a working majority.  The current government only clings to power because it paid a £1.5 billion inducement to the DUP for their support.  Many Tory MPs claim to have a crystal ball that tells them what the electorate was thinking when they voted to leave the EU in 2016, even though the ballot paper only specified Leave or Remain.  Sadly they didn't foresee that Labour would  collude with the Tories and enable a hard Brexit by voting with the government or abstaining on key aspects of the Withdrawal bill.  This could have saved them a load of money. 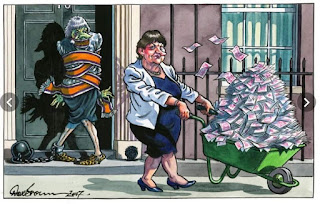 Did we lose?  Are we importing the US system of unlimited donations to political campaigns, so the mega rich can buy elections and impose their will on the electorate?  Our regulatory bodies have been severely weakened and we are battling to maintain a viable democracy.  I'd suggest that the referendum was poorly conceived and executed, but above all it was stolen. 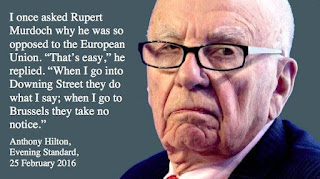