Nigel Lawson and the Green Deal

Nigel Lawson was a Conservative Chancellor of the Exchequer under Margaret Thatcher.  He presided over the Big Bang, the deregulation of the City of London and various tax cuts. 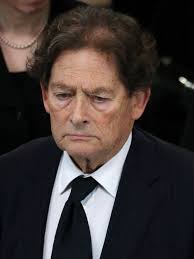 He was interviewed recently and defended his record, blaming other governments for irresponsible deregulation, which contributed to the financial collapse in the last decade.

He criticised the burden of taxes for environmental measures, claiming that taking care of resources for future generations placed unnecessary financial pressure on current generations. 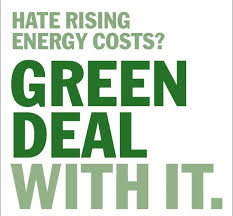 The Green Deal was an initiative introduced in 2012 by the Coalition government.  It provided loans for energy saving measures and recouped the money through energy bills.  It was criticised for being bureaucratic and enriching some unscrupulous providers.

After Nigel Lawson's interview the initiative was scrapped by the Conservative government.

I've written before about a young couple who renovated their house to Passive House standards and regret installing central heating.  Their cosy home only required two hours of heating in 18 months.  This could have been achieved with one oil filled radiator or heated towel rails.  They could have avoided lots of  pipework, radiators and expensive boiler.  Their energy bills are very low. 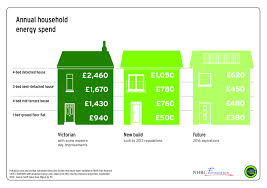 My local council introduced higher building standards and required more energy saving measures.  Small builders resisted and attacked them for imposing regulations that increased costs.  The same builders returned a year later to apologise.  They explained that the projects had resulted in offers of new contracts, so the increased costs were offset by the unexpected free positive PR. 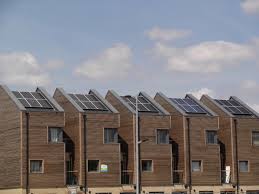 Another developer was asked to install solar panels in 6 out of 10 new build flats.  He was reluctant, but agreed.  Later he returned to request permission to install panels in the 4 remaining flats.  He realised that solar helped with marketing and enabled him to sell the development very quickly.  The aim is to build and sell as quickly as possible so that the money can be used for the next project. 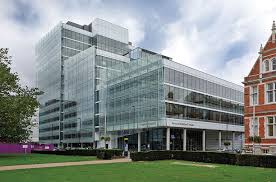 My local council demolished its council buildings and commissioned new offices to reflect their aim for transparency of local government.  The architects interpreted this as a request for glass boxes.  The council now has a set of very modern and high tech greenhouses, which need a lot of heat in winter and cooling in summer.  What a pity they didn't retrofit and extend the original council building.

Businesses and individuals always take time to adapt to change.  I've yet to witness an environmental regulation that hasn't been embraced by businesses and used to their advantage, contributing to the bottom line.

One business that works with local councils to help social housing tenants reduce energy bills (by simple changes) finds that tenants are enthusiastic and more likely to pay their rent, if their bills drop.  Housing officers also report that tenants in energy efficient and passive house accommodation want to  do everything they can to avoid being evicted from comfortable homes.

Sadly central and local government in the UK are far behind other Northern European neighbours in taking practical steps to improve housing stock and work premises now and for the future.

Apparently we demand the right to piss money out of windows (with poor U values).
Posted by Suzanne Looms at 13:50