The Labour Party in the UK is currently preparing to select a new leader after the resignation of Ed Miliband. 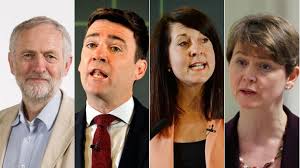 Jeremy Corbyn was nominated by some members who wanted to stimulate debate, but didn't actually support him.  Now the campaign seems to be focussed mainly on keeping Corbyn out.  Various elder statesmen and business donors have weighed in to warn that if Corbyn became leader, Labour would lose the next few elections and the support of major donors.

Sadly no one seems to understand the way the mind works. 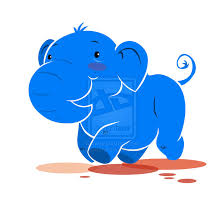 If I say to you "Don't think of a blue elephant!" it's likely that you may picture an elephant and/or something blue.  The more people warn against Jeremy Corbyn, the more they increase 'brand awareness' and raise his profile.

Say "Don't vote for Jeremy Corbyn" and the mind deletes the negative.

What remains is:  "Vote for Jeremy Corbyn!"

It would be much better to focus on policies and ideas that engage the party.

Comedians in the media satirise Corbyn as a man stuck in the 1970s and 1980s.  They continue to raise his profile.  Jeremy Corbyn travels around talking about his ideas and refusing to talk about criticisms levelled at him by opponents and commentators.

He may not win the leadership contest, but the other candidates do not inspire confidence.
Posted by Suzanne Looms at 13:02

Email ThisBlogThis!Share to TwitterShare to FacebookShare to Pinterest
Labels: cognition