Scholarship and the BBC

This is the picture of Winston Silcott that appeared in the media, when he was accused of murdering PC Keith Blakelock during the Broadwater Farm riots in 1985.

Wolf Hall, a tv dramatisation of a novel about Thomas Cromwell by Hilary Mantel, is currently being shown on the BBC.  Building on the viewing public's love of history, particularly in relation to Henry V111 and his court, the BBC is also screening a range of documentaries giving a view of arts and culture at the time.

Waldemar Januszczak attacks the current revision of history in the way Thomas Cromwell and Thomas More are portrayed.  This is how he does it. 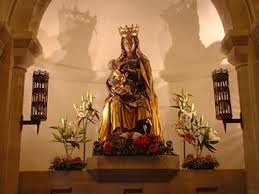 He focusses on the Shrine of our Lady of Caversham in Berkshire.  Januszczak went to a Catholic school nearby, as the son of Polish Catholic refugees.

He tells the story of how this ancient shrine was visited by Katherine of Aragon.  She prayed to Our Lady to prevent the divorce and Henry's marriage to Anne Boleyn.  He alleges that Henry V111 was so enraged he ordered Cromwell to strip the shrine and have the statue transported to London.  Nice dramatic story.

Sadly for Januszczak, it leaves out some vital details and distorts time.  Henry was already married to Anne Boleyn and looking for a way to divorce her, so that he could marry Jane Seymour.  The shrine was stripped on 14 September 1538 as part of the reformation, to wipe out idolatry.  Far from singling out the Shrine of Our Lady, the King and his Secretary aimed to clean up the church.  This was 2 years before the fall of Cromwell.

Januszczak spends a lot of time discussing the character of 2 statesmen:  The Chancellor, Thomas More and the Secretary, Thomas Cromwell. 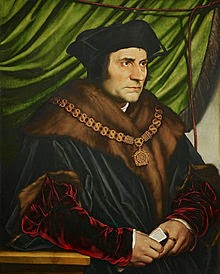 Thomas More was portrayed in Robert Bolt's 1954 play 'A Man for All Seasons' as a man of principle, who would not agree to the divorce from Catherine of Aragon.  In the play More is loved by the people and envied by Thomas Cromwell. 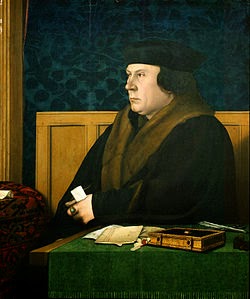 Hilary Mantel's novels revise this view and portray Thomas Cromwell as a quick witted man, who has risen from humble beginnings and made himself useful to the nobility and king.  She presents him as someone who prefers to persuade people rather than torture them, contrasting this with Thomas More, who pursues a fanatical anti-protestant ('heretic') line and relies much on torture, burning and hanging.  Mantel based her novels on exhaustive reading and research over 20 years.

How does Januszczak rebut this?

He contrasts the portraits of the 2 men painted by Hans Holbein the younger.  He tells us that More is obviously honest and sincere, by the look in his eye.  Thomas Cromwell has small piggy eyes and looks shifty, says he.  What proof does he offer that this is true?  "Hans Holbein must be right BECAUSE HE WAS THERE."

Later, in discussing other portraits, Januszczak discussed Holbein's study of Anne of Cleves, which was shown to the king as his first view of the prospective bride.

We are told that Henry V111 was repulsed by Anne of Cleves, claiming she looked nothing like Holbein's portrait.  Januszczak would have us believe that this picture must be right, because Holbein was there.

What has this got to do with Winston Silcott?

Silcott was released from prison and received compensation because there was no proof he'd killed PC Keith Blakelock.  Silcott commented on how the police skewed media coverage by releasing a photo to the media which seemed to show Winston has a deranged man.  This is how he looks today. 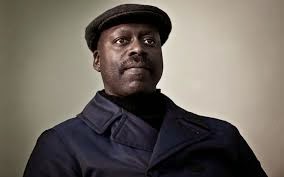 I find it hard to believe that we can credibly draw major conclusions based on how someone looks, rather than viewing hard evidence.  If we did, people like Stephen Hawking might be shunned for being a bad 'un.

Handsome is as handsome does.

The BBC seems to be saving money on research and producing nice looking, but vapid documentaries.