UKIP won a seat in Parliament last night and nearly snatched a safe seat from Labour.  Douglas Carswell retained his seat as MP, but switched parties from Conservative to UKIP. 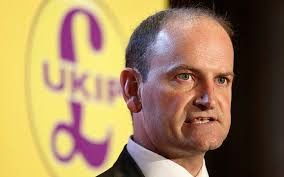 I don't live in the constituency and have no idea how discussions went with people on the ground.  Douglas Carswell has a high profile and criticised government for poor funding of troops in Afghanistan.  He is critical of the European Union and called for a referendum on British membership.

UKIP leader, Nigel Farage, speaks simply and clearly addressing concerns of ordinary people.  He and his party are regularly branded racists and xenophobics by his opponents including the Labour Party. 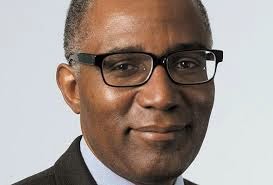 Trevor Phillips was a prominent tv broadcaster for many years.  He became chairman of the EHRC (Equality and Human Rights Commission.)  During this time as leader, 6 commissioners stood down in protest at his leadership.  The Labour government supported Phillips and ignored criticism of him by these 6 prominent and well respected individuals.  At the time there was much concern about migration from the newly enlarged EU.  Increased pressure on services and infrastructure was not matched by funding and people raised concern that preferential treatment was given to new arrivals.  The EHRC was asked to research the matter and Trevor Phillips produced a report stating that there was no bias or problem.  This was readily accepted by the Labour Party and the BBC, many of whom lived or spent much of their time in London and the South East.

I worked regularly in a poor part of the East Midlands.  Major industries there have slowly shifted production to the Far East in the last couple of decades.  I worked with poor and disabled people who had been high up the housing waiting list found they were shifted low down the list and watched as newly arrived Eastern Europeans were given keys to social housing.  Several people told me that local employment agencies had an unwritten policy to avoid giving work to British people.  I also worked with individuals who were finding it difficult to hold on to jobs, despite hard and conscientious work, as new arrivals undercut their low wages.

This was a safe Labour seat and the government were not concerned about the prospects for local working class people.  Gordon Brown had introduced a range of benefits that seemed to trap people in unemployment, as the contrast in income when they took a job was rather like falling off a cliff (as they were no longer eligible for other benefits such as free dental treatment and glasses.)  Little was done for people at the lower end of the scale in terms of education and work experience, where unskilled work and demand for traditional skills are increasingly scarce.  Globalisation and outsourcing have changed employment for ever.  Labour have ignored their traditional roots in the working class. Labour rhetoric shifted to a discussion about the concerns of 'hardworking families' and leaders of the main parties listened to the concerns of predominantly middle class pressure groups such as mumsnet.

The current coalition has focussed on bringing people back into the job market.  They want to ensure people earn more in work than on benefits.  In this Labour safe seat, I see lots of people who have never worked and found it profitable to produce more than 2 children, who are still able to claim benefits.  At the same time, I work with many people suffering chronic pain, disability or life threatening illness who are deemed fit for work and bullied by staff at the Department for Work and Pensions.  Yes the statistics for people coming off benefits and/or getting into work are rising.  Some of the former are arbitrarily booted off benefits by poorly monitored staff with draconian powers.  Some of the latter move into poorly paid and insecure work contracts, which do not guarantee them a regular income, as employers can bully them to work very long hours or withdraw all work as they please. 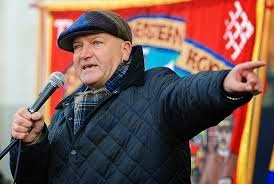 In the past, trade unions fought for better wages and conditions for working class people.  They defended the rights of white males, but were less effective or motivated in supporting the rest.  Margaret Thatcher began the process of reducing their power.  The rail unions have remained a powerful force for their staff until now.  Bob Crow died recently and did not live to see strategies used to undermine the power of his RMT union.  This week it was announced that the London Underground will shift to driverless trains on the tube network.  If you elminate a powerful part of the workforce, which can bring the network to a halt by withdrawing their labour, you weaken the union.

Who do people turn to when their concerns are discounted as racism and bigotry? Farage has recruited a financial spokesman with an Economics degree and robust arguments to counter opponents.  He is learning to strengthen policy statements and field challenges in the media with clarity and ease.

The Labour Party were shocked to see such a strong challenge to their safe seat, though they're deflecting attention to losses among the Conservatives and Liberal Democrats.

Was I surprised?  Not at all.  Why?  Because I regularly speak and work with people on the margins, who feel disenfranchised outside of the insular hothouse of Westminster, London and the South East.