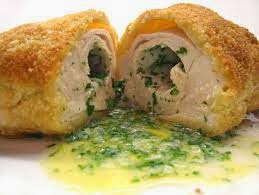 No this is not a post about a retro chicken dish, but my name for the cowardly Ukrainian government, after they killed some peaceful protesters. 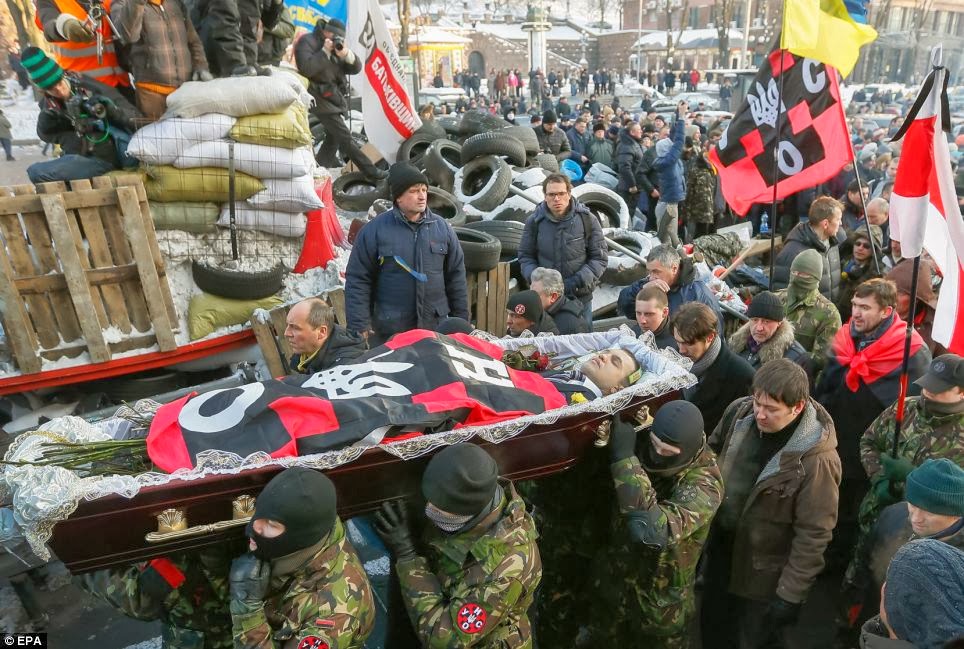 Western journalists seem to be stuck on a Ukrainian geographical divide between East and West.  Their story is that Westerners are more EU focussed, whilst Easterners yearn for the days of the Soviet Union and stable economic ties.  They mention the older, Russian speaking generation, versus the younger people who favour English.

I think this misses the point.  Many Ukrainians are big supporters of the EU at a time when people who were there from the start point to anti-democratic features of the union.  Ukrainians reject corruption and nepotism of the government of President Viktor Yanukovych.  They also think that their leader is enriching himself at the expense of his countrymen.  They see a route to a better life and true democracy through closer links with the EU.   Yanukovych's cosmetic gesture to the protesters in sacking members of the government cuts no ice with those out on the streets. 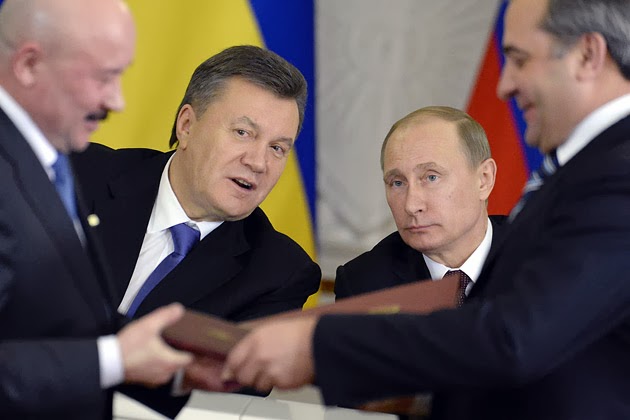 They reject the cosy deal that Yanukovych has struck, without consultation, behind the scenes with Vladimir Putin for closer economic ties with Russia, rejecting an offer from the EU.


There is a call to freeze Ukrainian assets abroad, as the Western financial system is alleged to have helped launder money for the government.

I doubt whether Western financial dirty hands will ever be revealed or punished.

The EU doesn't like conflict.  Statements have been made condemning government action in Kiev.  Putin knows that zero action will follow and that he has free reign to enlarge his Russian empire.  Some commentators draw parallels between the Ukraine splits and the early days of the conflict in former Yugoslavia.

We talk about the EU preventing another world war, but seem to shy away from taking action to prevent anti-democratic slaughter in EU states.
Posted by Suzanne Looms at 10:20